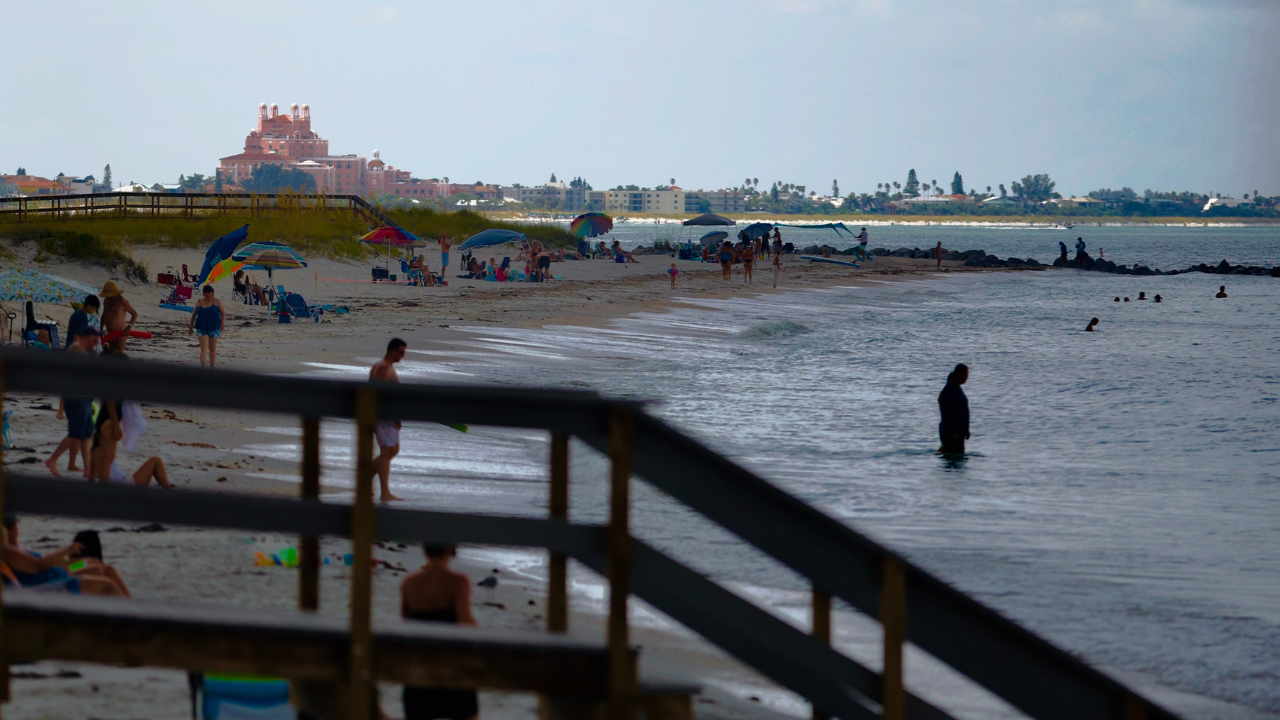 More than half of Florida beaches surveyed are critically eroded: FDEP

PINELLAS COUNTY — According to a June report by the Florida Department of Environmental Protection, more than half of the 825 miles of coastline they surveyed are critically eroded.

Earlier this year, you might remember seeing the unbelievable video of a home collapsing into the Atlantic Ocean in the Outer Banks. The house on a beach in Rodanthe is one of three that succumbed to erosion.

Our national partner Newsy investigated how bad the problem is in North Carolina. We teamed up with them and learned that beaches on the West Coast of Florida have similar, if not worse, erosion as Rodanthe.

"Are we seeing anything similar to what is happening in the Carolinas with our coastal erosion?" Paluska asked.

"I wouldn't say to that extent," Bishop said. "There are structures that are getting very close to the water. There's a couple in Sunset Beach and Treasure Island where there's like a little bit of a patio sticking out to the dune, but not to the extent where we're talking about, you know, homes falling into the Gulf."

"We're not at that point yet?

"No," Bishop responded. "We're not at that point."

Passage Key, Pass-a-Grille, Sunset Beach, Treasure Island, and Honeymoon Island are all hotspots that have similar erosion as the Outer Banks. The difference is no homes are currently in danger of getting swept out to sea.

"I think it's probably going to have to be a combination over time," Bishop said. "But for now, we've been able to sort of maintain our current level with just replacing sand. So it's going to largely be dependent on where sea level is and the quantity of sand sources available to be used."

During Tropical Storm Eta, some parts of Sunset Beach lost 15 feet of dunes.

Eta was only a tropical storm, and the damage was substantial. However, we've all seen how destructive a major hurricane can be on our coasts. Mexico Beach was nearly wiped off the map when Hurricane Michael hit on Oct. 14, 2018. Wind speeds at landfall were clocked at 160 mph.

In September 2019, Hurricane Dorian sat over the Bahamas. The extremely powerful and deadly Category 5 Atlantic hurricane is one of the worst natural disasters in the island nation's recorded history.

It never made landfall in Florida but caused extensive flooding and beach erosion up and down the East Coast.

Waves battered St. Augustine Beach, causing severe beach erosion. Plans are in the works to restore the beach as soon as possible.

Sea level rise is another factor impacting the future of our beaches and coastal communities.