Southeast
More than 1,000 manatees died in Florida last year, wiping out a tenth of the population in the state. Many of them starved after pollution killed off seagrass. Photograph: Keith Ramos/USFWS 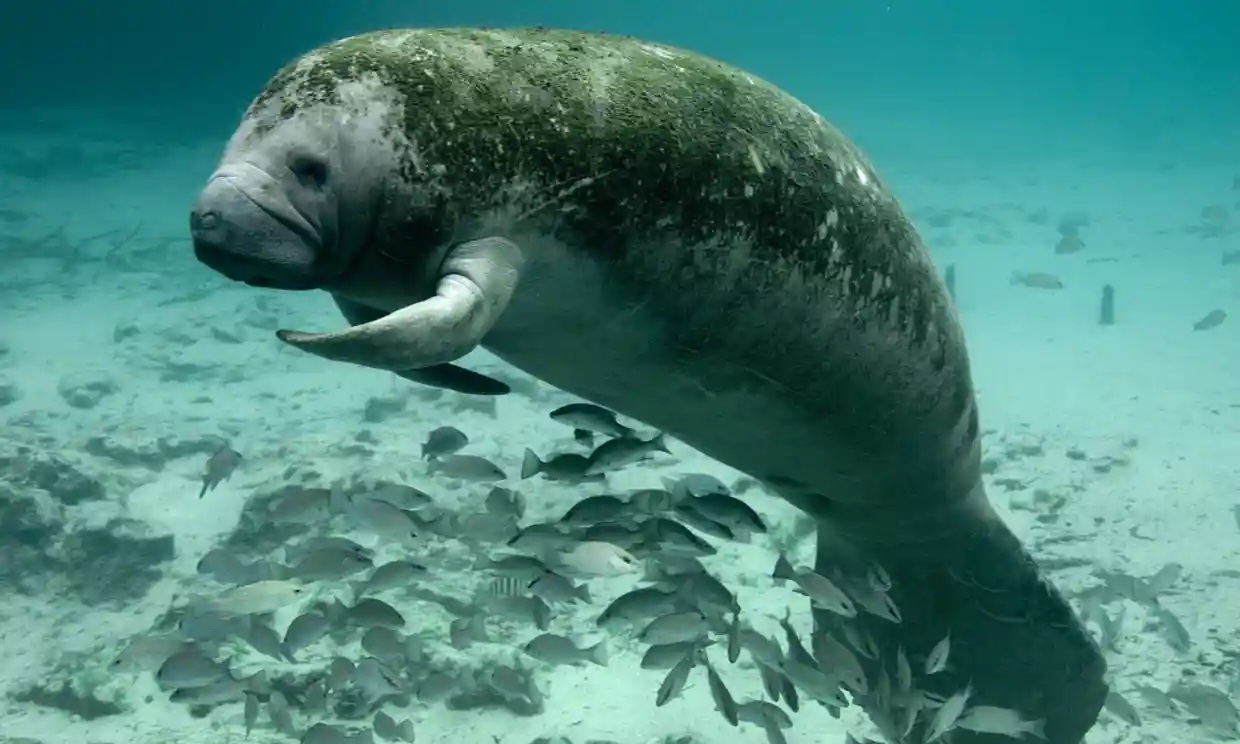 The US Fish and Wildlife Service (FWS) has agreed to update critical habitat protections for manatees after legal pressure from environmental groups, as the animals continue to die in record numbers.

More than 1,000 manatees died in Florida last year, wiping out more than 10% of the state’s population, the deadliest year on record. The unusually high mortality rate for the threatened mammals has continued into 2022, with 562 deaths in the first five months.

Deaths have been particularly high in the Indian River Lagoon on Florida’s east coast. One of the most biologically diverse estuaries in North America, it supports about a third of US manatees. More than 30% of manatee deaths last year occurred here, with many the result of starvation as high levels of water pollution killed off the seagrass on which the animals depend.

“We’ve had two years in a row where we’ve lost hundreds and hundreds of manatees due to starvation,” said Patrick Rose, an aquatic biologist and executive director at Save the Manatee Club.

The legal settlement with the FWS comes after a long-running campaign, started in 2008, when three nonprofits – the Center for Biological Diversity, Defenders of Wildlife and the Save the Manatee Club – petitioned the agency to revise protections for the animals, which had remained unchanged since 1976.

After failing to secure a commitment, the organisations filed a lawsuitagainst the agency in February. Under the resulting settlement, agreed earlier this month, the FWS must publish proposed revisions of critical habitat protections for the manatees by September 2024.

“The manatee has a long road to recovery, but ensuring the safety of its home is a vital step in that direction,” said Ragan Whitlock, a staff attorney at the Center for Biological Diversity.

The same environmental organisations, with the environmental law nonprofit Earthjustice, are also trying to force the US Environmental Protection Agency (EPA) to act. In May, they launched legal proceedingsagainst the EPA, claiming that the agency has “abandoned manatees to Florida’s inadequate water-quality measures”.