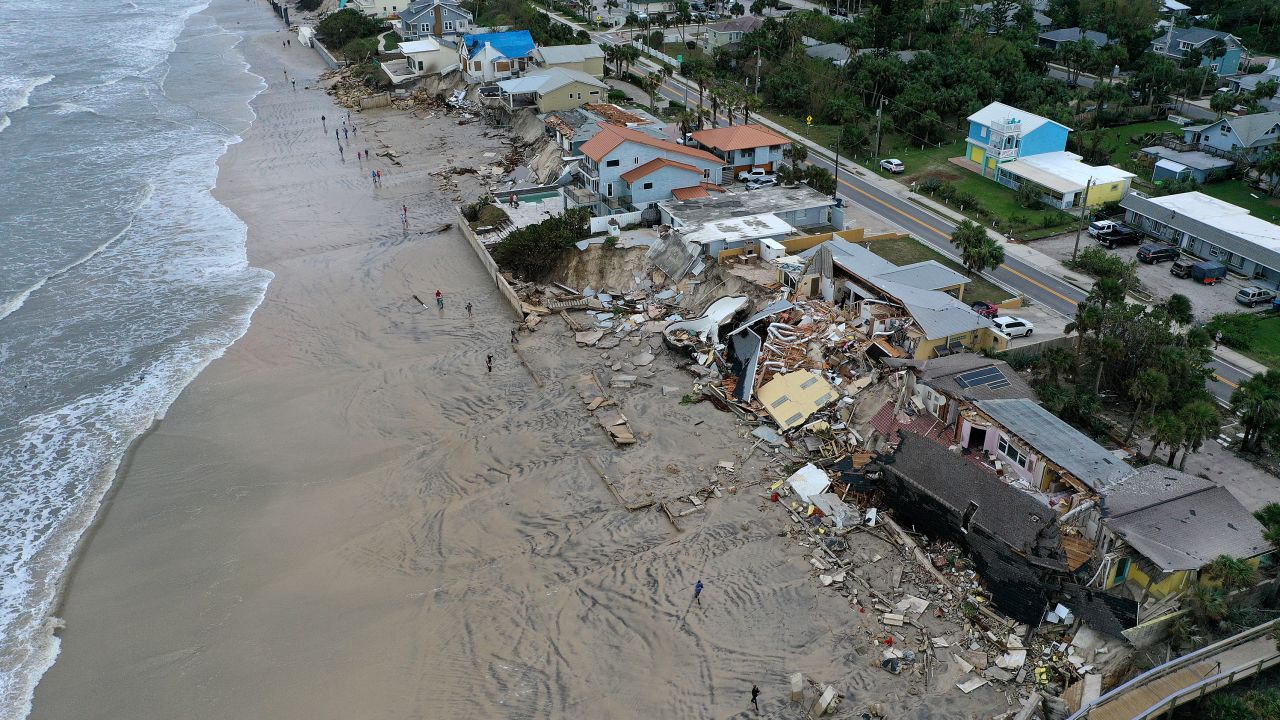 CNN — As Nicole threatens the Carolinas and Virginia on Friday with tornadoes and flooding, Floridians – many still recovering from Hurricane Ian – are picking up the pieces after this week’s storm killed at least five people and ripped apart buildings with its dangerous storm surge and powerful winds.

In Volusia County, Florida, at least 49 beachfront properties, including hotels and condos, have been deemed “unsafe” in the aftermath of Nicole, which hit Florida’s eastern coast south of Vero Beach as a Category 1 hurricane early Thursday before weakening into a tropical storm and eventually becoming a post-tropical cyclone Friday afternoon.

“The structural damage along our coastline is unprecedented,” Volusia County Manager George Recktenwald said in a news conference, adding more buildings will likely be identified as compromised.

As the storm – the first hurricane to hit the US in November in nearly 40 years – walloped Florida, Ian-battered coastal buildings were compromised even more by coastal erosion. Deputies went door to door Wednesday evacuating residents from structurally unsound buildings in Volusia County ahead of Nicole’s arrival.

In Wilbur-By-The-Sea – a barrier island community off Daytona Beach – 22 homes were evacuated in advance after officials deemed them unsafe.

Then amid Nicole, some oceanfront homes collapsed into the ocean.

Trip Valigorsky unlocked the front door to his home to see a gaping hole leading to crashing ocean waves where his living room had once stood. Pointing to where the television and sofa used to be, he told CNN affiliate WKMG he was in shock.

“I was here Tuesday night and I kind of watched the wall deteriorate, and then I woke up Wednesday morning and the wall was completely gone, so I started evacuating,” Valigorsky said. “And now here we are.”

Homes nearly hung off cliffs and Daytona Beach hotels crumbled into the ocean in the storm’s aftermath, drone video showed.