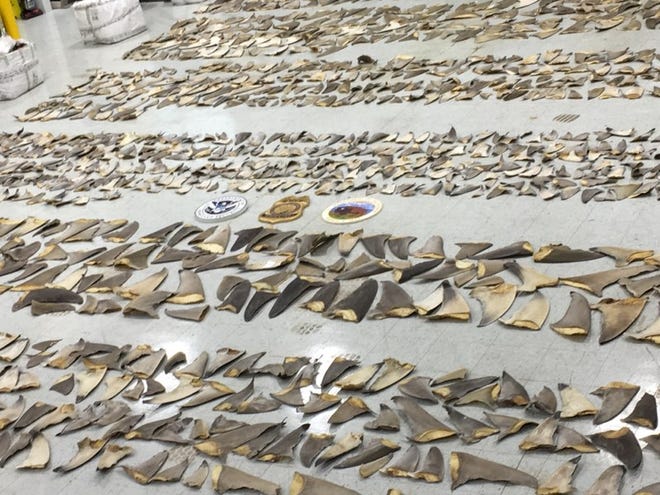 When weather permits, Capt. Rich Osburn sails a few days each week from the Fort Pierce Inlet to ply the waters of the Gulf Stream for his targeted catch.

As a commercial shark fisher, Osburn and his crew of one or two deckhands legally deploy six miles of longline in federal waters with about 500 baited hooks. The sharks they are permitted to harvest according to federal guidelines include:

Osburn said he does not harvest any tigers or hammerheads because there is no value for their meat. They get turned loose. They also are among 26 species of sharks protected from harvest in Florida state waters.

Osburn and crew return from their sets to Day Boat Seafood fish house in Fort Pierce carrying 45-55 sharks to be processed for their meat, liver and fins. Each trip, the boat earns about $1,500 to $2,000, before expenses.

For Osburn and his crew, the hours are long and the pay is low, but it's their livelihood.

A new law Gov. Ron DeSantis signed Sept. 18 aims to clamp down on the illegal shark fin trade while ensuring Florida's commercial shark longliners, including Osburn, can continue to fish and sell shark parts in the seafood marketplace.

The law bans the possession and import/export of shark fins through Florida ports.

An estimated 73 million sharks end up in the global market annually. Florida is North America’s largest hub for the sale, import and transport of illegally acquired shark fins. Shark fins harvested in the waters of Central and South America were commonly trans-shipped through ports such as Miami to markets in Asia.