Southeast
US Army Corps of Engineers 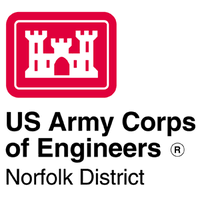 On June 27 the Army Corps of Engineers, Norfolk Division released the draft Florida Keys Coastal Storm Risk Management Study and EICS for 45 day public review. The purpose of the Florida Keys CSRM Study is to evaluate coastal storm risk and recommend a project for implementation that would reduce that risk throughout the study area

The study authority limits the study analysis to the effects of coastal storms that impact the Florida Keys. This includes storm surge with consideration for wave attack, erosion, and sea level change in the estimates of inundation and how it is expected to damage infrastructure. This study did not formulate plans to address the impacts of general sea level rise that is often referred to as “sunny day flooding” or precipitation. Direct effects of wind associated with coastal storms were also not considered in the development of alternatives. Due to the limitations of the study, this project is not an all-encompassing solution that would address all of the coastal storm risk in the Keys, but it is one important component of the larger effort by the non-federal sponsor, Monroe County, as well as municipalities, local organizations, and state and federal government agencies that are all working to reduce risk and improve resiliency in the Florida Keys. This study seeks to not only reduce coastal storm risk, but also build on resilience by implementing strategic approaches that are compatible with the work of others. The tentatively selected plan (TSP) recommended herein includes the following measures to reduce coastal storm risk and damage throughout the Florida Keys:

• Shoreline stabilization in six different locations along U.S. Route 1 (Overseas Highway) that were identified as having risk of damage due to erosion and/or wave energy during a storm event. These six rock revetment structures range in height from five to seven feet and were designed to reduce damage to a total of approximately 5,500 feet of roadway by stabilizing the shoreline and reducing the risk of washout.