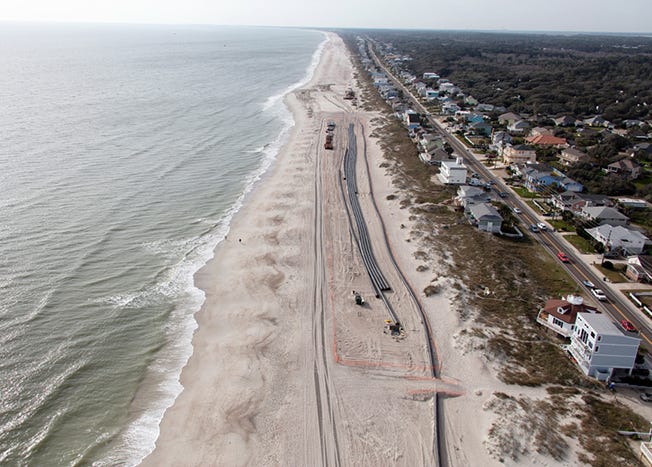 Crews will begin adding sand to northern sections of Fernandina Beach’s shoreline next month as part of a project dredging the entrance channel to Naval Submarine Base Kings Bay, Ga.

Great Lakes Dredge and Dock Company will remove about 1.2 million cubic yards of material from the channel near the mouth of the St. Marys River and will pump most of that to offshore disposal sites, the U.S. Army Corps of Engineers said in announcing the project.

But about 260,000 cubic yards of sand, picked because it’s suitable for use on beaches, will be pumped instead to shorelines on Fort Clinch State Park and an area of Fernandina Beach north of Main Beach Park.

George said city officials will be watching to be sure beach access isn’t interrupted, but the $15.8 million project is being administered by the Corps.

Although the city and Nassau County have both shared costs for some recent beach renourishment, Vice Mayor Len Kreger said the new work will be entirely funded by the U.S. Navy.