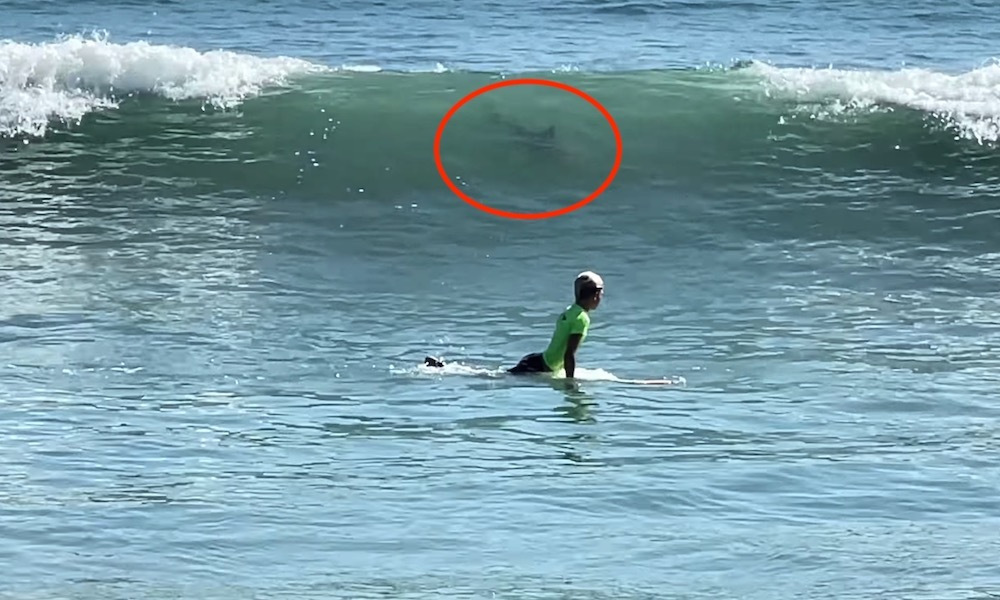 A youth surfing contest at Satellite Beach in Florida was paused when sharks were spotted feeding on a baitball close to the competition with one shark seeming to take an interest in one of the surfers, as seen in video taken by a spectator.

By
David Strege / For The Win
Section:
Recreation
Region:
Southeast

As soon as organizers of the Gnarly Charley Surf Contest realized what was happening, they and spectators began yelling for the surfers to come to shore.

Tanner Brasol, 11, appeared to be the farthest out in the lineup and he immediately pulled his limbs out of the water and carefully paddled in, trying not to make a big disturbance on the water. Video, though “dramatized” by its maker with the use of music, captured the moment:

“He got the part where everything was finally a little bit of a relief. That’s where the video that you see picks up where Tanner had just gotten out of the bait pod. What was still terrifying, though, is you could still see in the video one of the sharks was very interested in him and continued to follow him.”