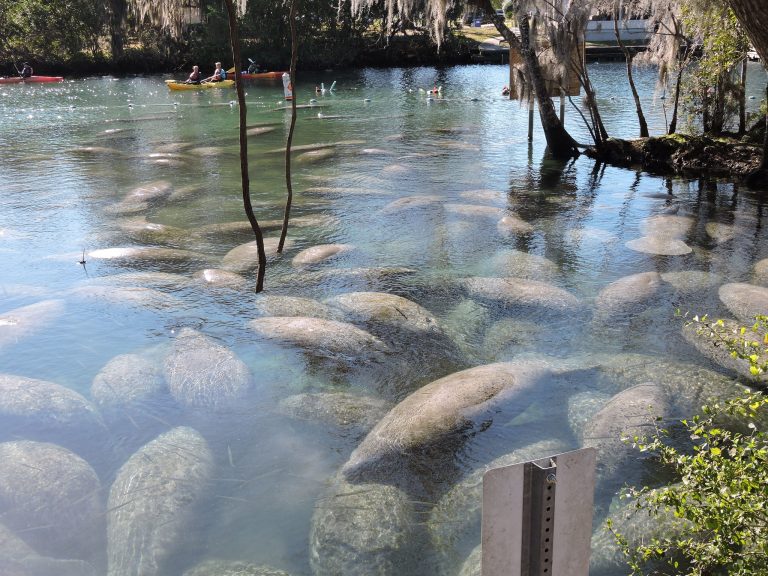 Two months ago, everybody got pretty excited when a Citrus County boat captain snapped photos showing some prankster had scraped out five letters in the algae growing on a manatee’s back. The letters spelled out the name of a certain former president now residing in Palm Beach.

Amid the widespread outrage, people suggested various punishments for the prankster. My idea was to scrape another five-letter word into his or her forehead: IDIOT.

Now, nobody suggested that the guy whose name was on the manatee had actually done the deed, signing it like a work of wicked art to be hung in an Evil Louvre. But from what I’ve been hearing this week, that guy, the former Oval Office occupant, did something even worse, and to far more than one manatee.

Four years ago, a few months after the start of his administration, the U.S. Fish and Wildlife Service announced that manatees — which had been on the endangered list since the first endangered list was drawn up — were now doing much, much better.

In fact, the feds said, they were doing so well that they could be taken down a notch. Instead of “endangered,” they would be reclassified as “threatened.”

“While it is not out of the woods, we believe the manatee is no longer on the brink of extinction,” Larry Williams, head of the agency’s South Florida office, said during a news conference that day in March 2017. (Ironically, the agency announced this step the day after celebrating “Manatee Appreciation Day” on social media.)

The feds promised that no one would even notice the change. They promised that manatees, Florida’s official marine mammal, would still get the same level of protection they had enjoyed before.

Fast forward to this month. Over the past couple of weeks, headlines have been trumpeting the fact that more than 400 manatees have died in just the first two months of the year, an alarming spike that’s well beyond what’s considered normal. As of March 5, the total was 435 and still climbing.