Southeast
Every year more than 700,000 divers and snorkelers take to the water to discover the wonder and beauty of coral reefs in the Florida Keys. Image: Justin Wade Thornton/2021 Get Into Your Sanctuary Photo Contest 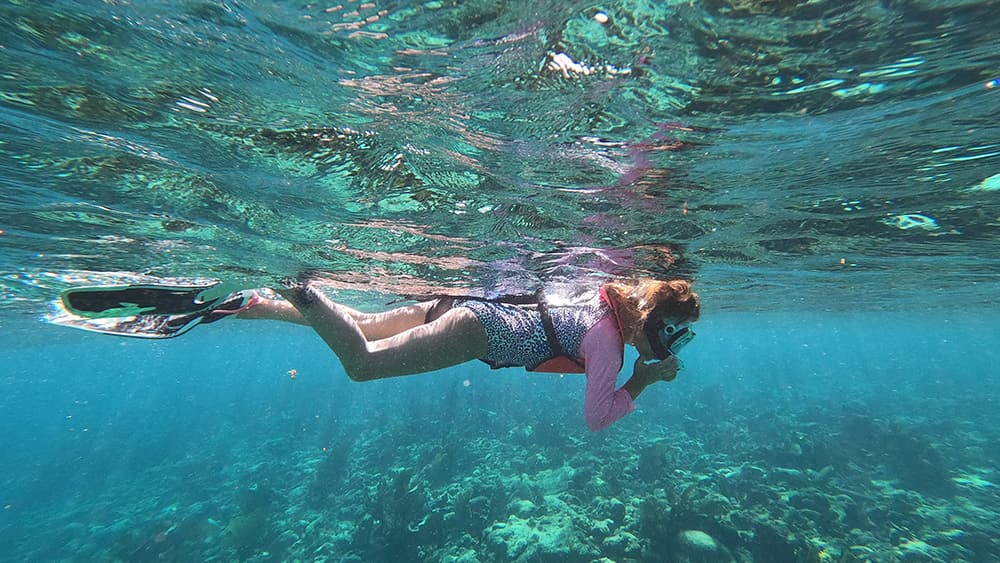 Big plans are in the works to preserve and restore critical areas of the Florida Keys. While the federal government is taking the lead on the project, it’s more of an all-hands situation with state authorities, local businesses and the visitors who spend the money that keeps the economy in the Keys moving.

“Most of you know, and anyone down here knows, that our marine resources have been changing, and not always for the better,” said Sarah Fangman, Superintendent of the Florida Keys National Marine Sanctuary.

“We have seen increasing numbers of threats. We’re seeing lots of impacts to these resources, and it’s affecting them and their status. We know this not just because we can see it, but because we’ve done really careful and thorough assessments of the conditions of the resources.”

Plans to combat these threats are contained in what the National Oceanic and Atmospheric Administration (NOAA) Office of National Marine Sanctuaries calls the Restoration Blueprint, presented this week to members of the South Atlantic Fishery Management Council (SAFMC) in a special meeting specifically about the Blueprint and ideas for comprehensive management of the sanctuary.

“The Restoration Blueprint, we think, is a really important activity because the marine environment in the Florida Keys is critical to this community in so many ways,” Fangman said. “It is where we live, obviously, it’s part of every bit of our lives, but it’s also important economically.

“First and foremost, in tourism, we see over 5 million people coming to the Florida Keys every year, and that generates a lot of economic activity. Those people are coming here because of this marine environment, in large part — to recreate, to enjoy, and that translates into, as you can see, spending, jobs and economic activity.”

Statistics suggest Fangman underplayed tourism’s impact. The latest numbers show $2.9 billion in spending supporting 44% of jobs in the local economy, the highest percentage in the state. Tourism also accounts for about 60% of the Monroe County economy.

A 2011 report showed the Keys’ marine resources in fair-to-poor shape, and in the subsequent years, storms, disease and other issues exacerbated problems.

“Additional threats, stressors, pressures, many of which are things we can’t really control — storms events, temperature pressure, massive disease events,” Fangman said. “These are things that are affecting these resources upon which so much depends in the Florida Keys. But, we’re not ready to throw up our hands and say, ‘Well, it’s over, it’s done.’”