Southeast
Mangrove forest from above. 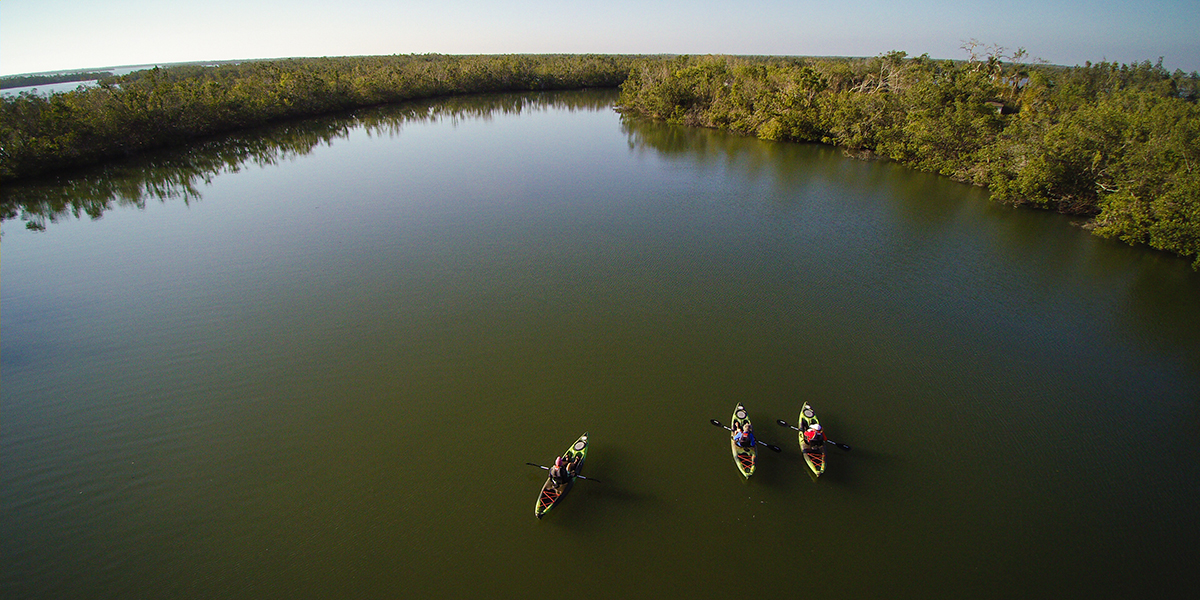 FL - Exploring the Secrets of the Mangroves

The 2020 Marco Speaker Series presented by the Audubon of the Western Everglades (AWE) was held at Mackle Park on Wednesday, January 8th, 2020. It was led by biologist Ryan Young on Florida’s Mangroves and their Importance in the Environment.

Ryan Young knows all about mangroves. He is an avid outdoorsman and founder of Rising Tide Explorers. He is a biologist and Rising Tide is Marco Island’s only 100% biologist owned and operated adventure company. They are also the exclusive eco-tour provider for Rookery Bay National Estuarine Research with kayak tours rentals and boat tours.

Marco Island is surrounded by one of the most unique ecosystems on the planet. Young wants to communicate the science of the estuaries and the magic of the mangroves to his clients.

According to Young, we are so lucky in Marco because of what’s in our backyard. Marco Island is in the middle of the Rookery Bay Preserve and we are surrounded by mangrove forests and estuaries. An estuary is where two chemically different bodies of water are mixed together. Or where saltwater meets freshwater. Within the Rookery Bay Reserve, we have salt marshes, mangroves, oyster reefs and seagrasses.