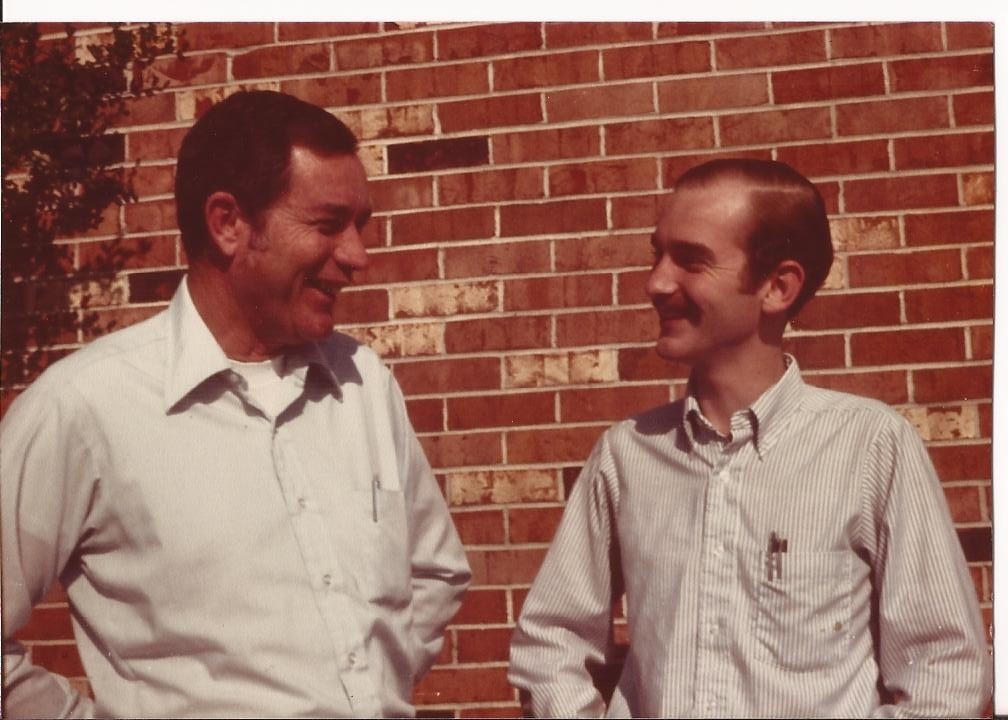 As a land surveyor, he warned a developer not to build in a marsh

We buried my dad last week. Oscar Pittman had a good, long life. He’d just turned 87, and he and my mom had celebrated 67 years of marriage.

Dad loved to tell stories and make people laugh. When I was a kid growing up in Pensacola, I used to hate going with him on trips to Sears or anywhere else because we were bound to run into somebody he knew. They would get to talking and what should have been a 10-minute shopping trip always turned into an hour.

I thought I knew all of my dad’s stories, from set-up to punchline. For instance, there’s the one about the two Baptist deacons discussing a fishing trip. One deacon brags that the fish he caught was so big, “if I hadn’t seen it, Brother, I wouldn’t have believed it.” The other coolly replies, “Brother, I didn’t see it.”

After the funeral, though, my mom told me a story about my dad that I had never heard before. It showed me a different side of him than the one I knew. It concerns Florida’s all-important wetlands.

There was a good turnout for Dad’s funeral service. Many of the chairs were filled by the scads of surveyors he had mentored. My dad spent 55 years as a registered Florida land surveyor. He even taught courses on the subject at Pensacola State College and the University of West Florida, despite lacking a college degree himself.

Surveying is a noble and historic profession, one that’s perfect for folks like my dad who are A) good with math and B) need a job that allows them to take long walks in the woods.

George Washington was a land surveyor before he became a general and a president. So were Lewis and Clark, dispatched to explore the Louisiana Purchase (not to be confused with Owens and Clark of the TV show “Hee Haw.”) So was Henry David Thoreau before he began hanging out by a certain pond.

Some of Florida’s earliest white explorers were government surveyors hacking their way through thick swamps and forests to lay out railroad lines and county boundaries. These days, though, surveying tends to be tied more to the state’s real estate industry.

My dad made a good living off all the development in the Panhandle. But he didn’t necessarily hold the developers themselves in high regard.

One of them, a man I’ll call O’Malley, had hired him to lay out a new subdivision, but he had a problem: He couldn’t think of a good name for the subdivision. I guess “The Wilderness” was already taken.

Knowing that Mr. O’Malley was pretty sold on himself, Dad said, “How about calling it O’Malley Acres?”

Mr. O’Malley thought that was a BRILLIANT idea.

Anyway, the story mom told me isn’t about Mr. O’Malley but another developer who sounds a lot like him. This guy — let’s call him Bombastic Bob — was pretty sure he was king of the world and everything in it should bow to his implacable will.

There was something BB wanted my dad’s help in bending to his will. And my dad didn’t want to do it.

It involved a place known as Floridatown.

The Town of Florida

Even if you’re a Florida native like me, you’ve probably never heard of Floridatown. No, it is not where all the Florida Men (and Women) live. They hail from all over Florida, especially Pasco County.