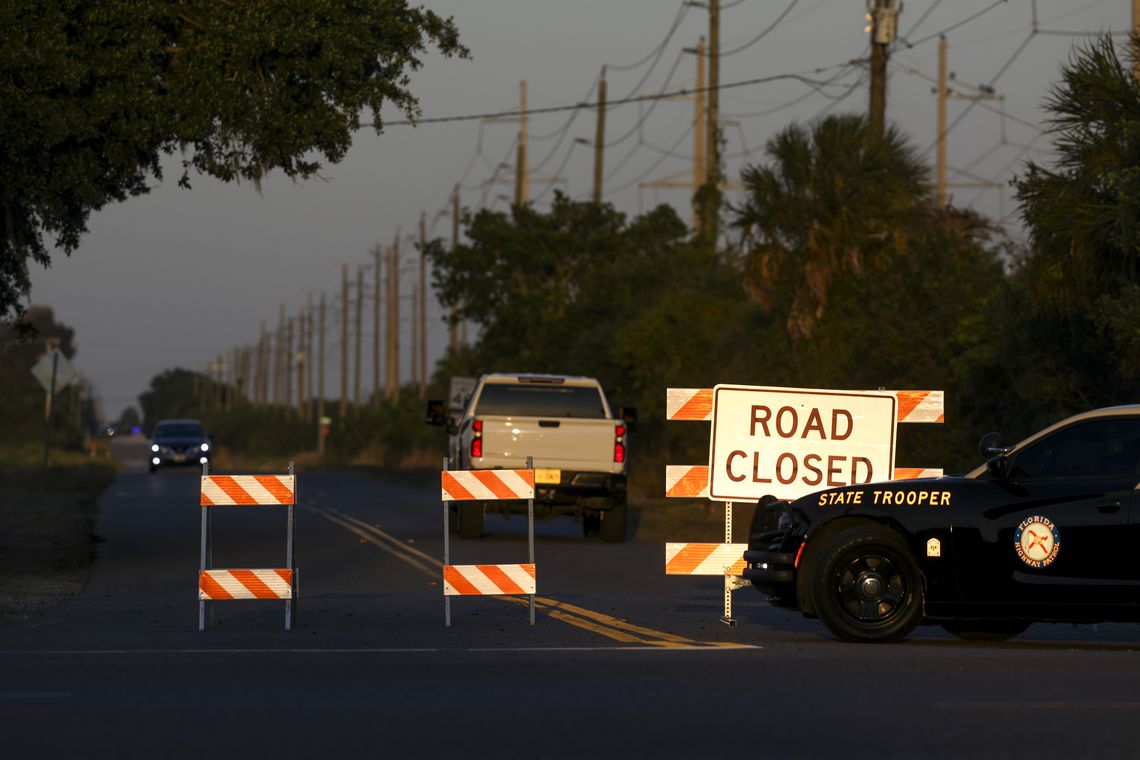 The governor declared a state of emergency after an effort to fix a breach failed. More residents are being told to leave the area.

PALMETTO — Gov. Ron DeSantis declared a state of emergency in Manatee County on Saturday as officials fear an “imminent” collapse at the old Piney Point phosphate plant could release a rush of polluted water into the surrounding area — and then into Tampa Bay itself.

The situation grew more dire as crews attempted to shore up a breach in a wall around a 480-million gallon wastewater reservoir that has been leaking for days. They used front-end loaders, excavators and dump trucks to pile dirt over the breach.

But at 10:30 a.m. Saturday the on-site engineers “deemed the situation to be escalating,” said Manatee County Public Safety Director Jacob Saur. One containment wall shifted to the side, he said, signaling a structural collapse could happen at any time.

An “immense amount of water” could rush out in a sheet within seconds or minutes if berms at the site crack wide open, said acting county administrator Scott Hopes.

The flood could be several feet high and move through the immediate area, he said, before it would flow toward the bay, where environmental advocates fear it could pose consequential harm to the ecosystem.

“If you have not evacuated please do so,” he told residents of the surrounding area. “We in the county are doing everything we can to mitigate the risk.”

There were about 15-20 houses in the initial evacuation zone. The Sheriff’s Office said all residents there were believed to have left safely. About 6 p.m. Saturday, the county announced that it was expanding the evacuation area to cover an estimated 316 homes, citing the possibility of a “large-scale breach.” The new order shifted the evacuations to the west and southwest.