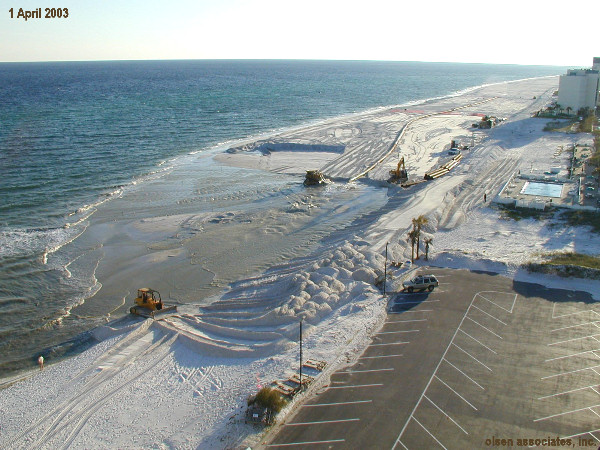 A dispute over $3.3 million that Escambia County received from the Federal Emergency Management Agency led to a rare 3-2 split on the Escambia County Commission Thursday and raised the question of how the county plans to pay for future beach renourishment projects.

The issue was raised as the County Commission was set to vote on a six-page budget amendment during its regular meeting Thursday.

The $3.3 million in question was being recognized as being received from FEMA for payment from damage to Pensacola Beach during Hurricane Isaac in 2012.

Previous versions of the budget had the payment going to repay the local option sales tax fund, but the budget had been changed to have the money going toward future beach renourishment apparently at Commission Chairman Robert Bender's request without discussion of the Board of County Commissioners.

Commissioner Steven Barry objected to the measure and noted that had he not noticed the change, it would have passed without question.

"In my opinion, that's not something that should be done in that fashion," Barry said. "That's a decision that should come to the board."

Barry argued the funds for beach renourishment following Hurricane Isaac had already been spent and FEMA was reimbursing the county for those funds. Hurricane Isaac made landfall in Louisiana in August 2012, but Escambia County was eligible to receive FEMA reimbursement from storm surge on Pensacola Beach.