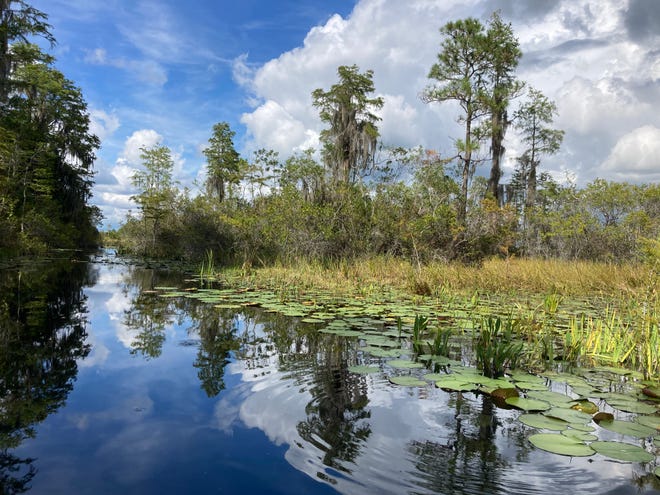 The Southern Environmental Law Center is suing the U.S. Army Corps of Engineers over its summer decision to remove Clean Water Act protections from almost 600 acres of wetlands next to the Okefenokee National Wildlife Refuge.

Those acres are the proposed site for Alabama-based Twin Pines Minerals' titanium dioxide mine that environmental groups and experts argue will devastate the black water swamp.

More to mine:Okefenokee Swamp mine is back on as Army Corps of Engineers settles lawsuit

The four organizations represented by the SELC in the suit filed Tuesday in U.S. District Court for the District of Columbia are the National Wildlife Refuge Association, National Parks Conservation Association, Defenders of Wildlife and the Center for Biological Diversity.

The U.S. Department of Justice did not immediately respond for a request for comment.

The rocky legal waters can be traced back to an upheaval in recent years of federal water protections. According to the a news release, the suit is challenging the Corps' decision made under the Trump administration's now-vacated "Navigable Waters Protection Rule," which scaled back federal authority to protect waterways and wetlands.

"The August reinstatement contradicted the agency’s own internal guidance and the Administrative Procedure Act, and it was made despite officials having rescinded the determinations two months earlier," the press release noted.

Citing the swamp's environmental importance as one of the largest remaining intact freshwater ecosystems in North America, and its role in the local economy, the environmental groups argue in favor of protections in the lawsuit.