Gulf of Mexico
Dredging in the East Pass (2020) 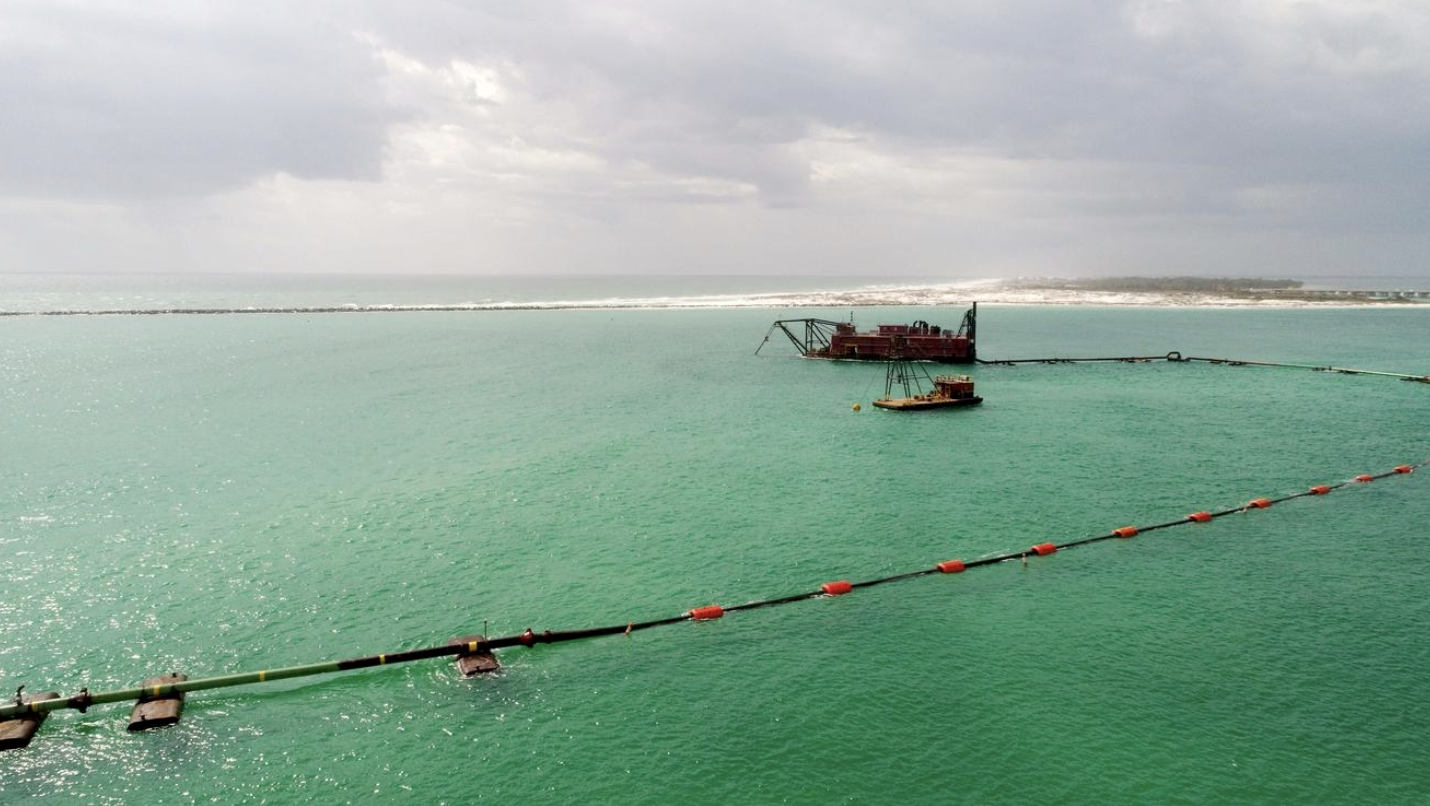 With about a week’s worth of work left to do, the dredge broke in early April and had to go to Mobile, Alabama, for repairs.

The dredge is back and is expected to finish what it started by the middle of next week.

In late February, the U.S. Army Corps of Engineer led-project started its efforts to dredge out East Pass and make it safer for boaters to navigate, but at the same time use the sand to restore the beaches just east of the jetties. The $2 million project was supposed to take between four and six weeks.

However, with about a week’s worth of work left to do, the dredge broke in early April and had to go to Mobile, Alabama, for repairs.

But the dredge and crew arrived back in Destin early this week and began work on Wednesday.

“The good news is they are back,” said Destin Mayor Gary Jarvis.

Jarvis said he noticed on Tuesday they were positioning to get back to work.

Jarvis explained that when the dredge broke they had about 100 to 200 yards to finish clearing out the pass to the area called the lip.

“They dredged all through the middle, between the rocks and out past the rocks. Where it’s dredged it’s awesome. I can’t wait for them finish the rest,” said Jarvis, who is also a boat captain.