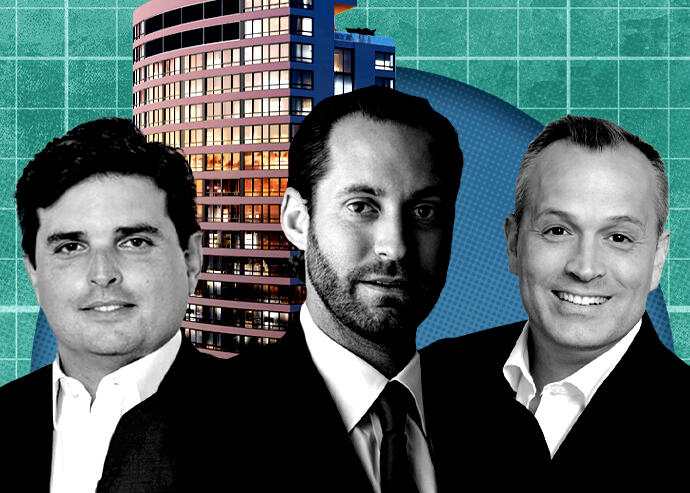 Planned 37-story, 343-unit project has been fully presold for months

Units ranged in price from the $300,000s to the $800,000s and from studios to two-bedrooms. About half of the buyers are from Colombia, Mexico and Argentina.

The units will be delivered fully furnished and finished, so buyers can rent them out easily, and Atlantic & Pacific will manage the short-term rentals, which will be listed on Airbnb. Amenities will include indoor racquetball and basketball courts, a rock climbing wall and rooftop pool deck.

Demand has remained strong for condos with short-term rental flexibility, prompting a number of developers to enter the market with new projects. PMG and Greybrook plan to launch sales soon of a newly completed short-term rental friendly building in downtown Miami that was expected to be delivered as rentals, but will be sold as condos.

District 225 is expected to be completed in 2024, Rodriguez said.

Coral Gables-based ROVR’s principals, who both previously worked for Miami-based Related, identified the assemblage and brought it to Related, according to Rodriguez. The site is east of ROVR’s Grand Station Apartments, which it developed in partnership with the Miami Parking Authority. (Retired Yankees shortstop Alex Rodriguez is an investor in the project). Related and ROVR are also the successful bidders of the College Station site, which they will also develop with the Miami Parking Authority.