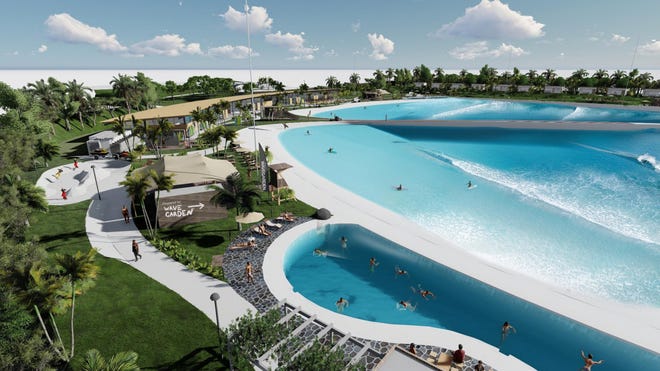 FORT PIERCE, Fla. — Those who like to carve a wave will be stoked to find out Florida developers are in talks to build a multi-million surfing complex in the city of Fort Pierce.

The $595 million venture will feature 800 residential homes, 600 hotel rooms, 400,000 square feet of retail space and 125,000 square feet of office space across 200 acres, according to TCPalm, a digital subsidiary of Treasure Coast Newspapers.

The idea has been in the works for years, but new updates have moved developments forward.

The project, which is slated to begin construction next summer, will create an estimated 3,400 jobs during construction, according to the Economic Development Council. It would generate nearly 2,000 jobs upon completion.

The first phase of construction is to focus on a $40 million surfing center, which will include a “Wavegarden Cove surfing lagoon” and resort.

The surfing lagoon will “deliver high quality waves and authentic surfing experiences year-round for new and existing surfers of all ages, experience and ability,” according to details released by the developer, Surfworks.

A large swimming pool-like area will be able to accommodate 100 surfers at a time, with 1,000 waves generated each hour, TCPalm reported this week.

“The [Willow Lakes Resort Village and Community] will be comprised of several distinct neighborhoods, knit together by a network of walkable, pedestrian-oriented streets, and navigable flow-ways designed for maximum environmental and recreational purposes,” Surfworks said.