Southeast
An airboat is seen hovering over Everglades wetland in Everglades National Park in September of 2021. [ CHANDAN KHANNA | TNS (2021) ] 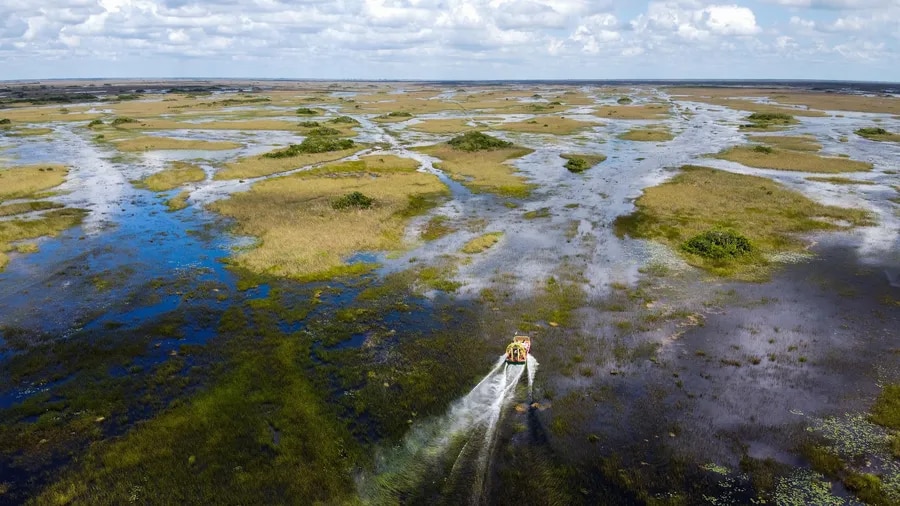 The governor said the bill would create “unnecessary and redundant regulatory hurdles” for restoration projects.

Gov. Ron DeSantis on Wednesday vetoed a controversial bill that would have changed the state’s policy for Everglades restoration and that critics had derided as catering to the sugar industry around Lake Okeechobee.

In his veto letter, the governor wrote said “the bill that was ultimately passed by the Legislature is an improvement over what was initially filed,” but that it created “unnecessary and redundant regulatory hurdles” that could compromise the execution of Everglades restoration projects.

Senate Bill 2508 was supported by outgoing Senate President Wilton Simpson, who is now running for agriculture commissioner. The bill, which was introduced halfway through the regular session, received significant public pushback, and lawmakers watered down some of the language after DeSantis threatened to veto an earlier version of the measure.

The initial bill would have made the South Florida Water Management District — the state agency that works most closely with the federal government on Everglades Restoration — demonstrate with each expenditure that it was not hurting water supply interests, namely agriculture.

After opponents swarmed legislators with nearly 40,000 petitions and more than 1,200 phone calls, senators reversed course, removing provisions in the bill that advocates said would have led to toxic discharges, more Red Tide blooms and dead fish on beaches.

Still, advocates said the final version of the bill would have knelt to agriculture interests and been detrimental for Florida’s conservation and environment.

DeSantis on Wednesday announced the veto to loud applause during a news conference in Fort Myers Beach. “I’ve heard you; we’ve vetoed that today,” he said.