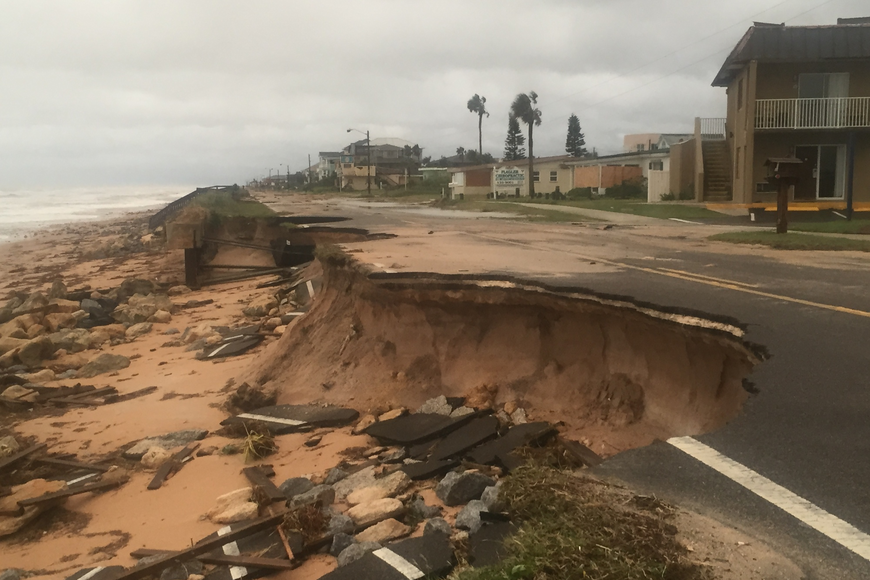 Two properties with a single owner are holding up the multi-million dollar project designed to protect coastal areas from inundation during future storms.

Flagler County will file suit to begin eminent domain proceedings for two beachfront properties whose owner has not agreed to allow a multi-million dollar beach renourishment project to proceed across the properties.

A decision in favor of the county would allow for the project to occur across the two parcels.

"I, probably as much as anyone, finds the idea of eminent domain to be repugnant," County Administrator Jerry Cameron told county commissioners during a Sept. 9 County Commission meeting. "But if there is ever a case where you stand to lose tens of millions of dollars in insurance by a beach for 50 years, and one person that is not going to be able to make use of those lots anyway will hold that up and cause the rest of the neighbors, and indeed a good part of the rest of the city, to be exposed to extreme peril — if ever there were a case for eminent domain, this is it."

The project, which would be completed by the U.S. Army Corps of Engineers, would add additional sand to build up a dune that would protect the coastal areas behind it from flooding during a future storm such as Hurricane Matthew, which damaged much of State Road A1A and flooded nearby properties. The Army Corps would maintain the project for 50 years.

Because any gap in the project would create a breach point that could undermine the entire thing, the Corps does not want to proceed unless it will be able to complete the entire, 2.6-mile project length.

That requires signed easements from all of the coastal property owners whose properties are in the project length. The county government spend months trying to get people to sign, pointing out that they would retain all of their property rights and that the dune and widened beach would add value to their property by enlarging it. Most owners agreed.