Southeast
An alligator navigates stagnant water smothered in toxic blue-green algae inside the Pahokee Marina on Wednesday, April 28, 2021. This week, the algae tested at 860 parts per billion of the toxin microsystin, according to state data. Microsystin makes water too hazardous to touch, ingest or inhale for people, pets and wildlife at 8 parts per billion, according to the U.S. Environmental Protection Agency. LEAH VOSS/TCPALM 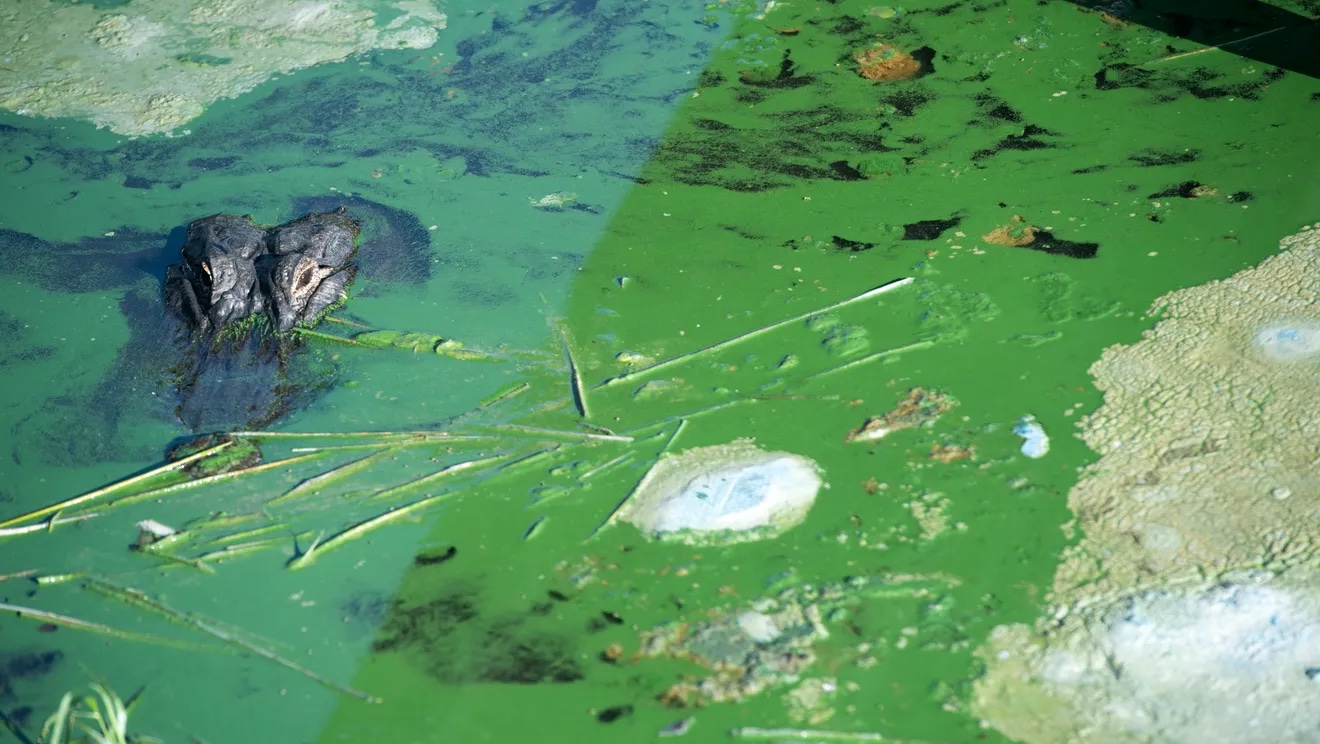 The Indian River Lagoon and St. Lucie River Estuary are named in the proposed federal legislation.

Senate Bill 66, the South Florida Clean Coastal Waters Act of 2021, passed in the U.S. House of Representatives Wednesday by a 412-7 vote. The Senate passed it by unanimous consent in March.

Though this latest version of the legislation is cosponsored by Sens. Marco Rubio and Rick Scott, R-Fla., previous iterations were introduced by Rep. Brian Mast, R-Fort Pierce, as early as 2017. Rubio and former Sen. Bill Nelson, D-Fla., introduced a Senate version in 2018.

“We are so close to the first-ever federal action plan to reduce harmful algal blooms in our community!” Mast tweeted Monday.

► ‘It’s about time’: The fight for clean Treasure Coast waters

No more than 180 days after that, the task force is responsible for developing a plan for “reducing, mitigating, and controlling harmful algal blooms and hypoxia in South Florida.” The region covers the South Florida Water Management District, which includes Martin and St. Lucie counties.

The legislation also highlights these coastal waterways, as well as the Florida Reef Tract:

Implementing the legislation would cost less than $500,000 throughout fiscal years 2022-26, according to the Congressional Budget Office.

Nutrient pollution and climate change effects, such as warming waters, can fuel blue-green algae (cyanobacteria) blooms, according to the Centers for Disease Control and Prevention. People, animals and the environment suffer the repercussions.

Fertilizer is largely responsible for the nitrogen and phosphorus pollution, and comes mostly from agriculture and some from urban development.

“This will help our coastal communities prepare for and mitigate the devastating impacts,” Rubio said in a statement Wednesday. “I urge President Biden to sign this bill into law so we can begin addressing these challenges.”