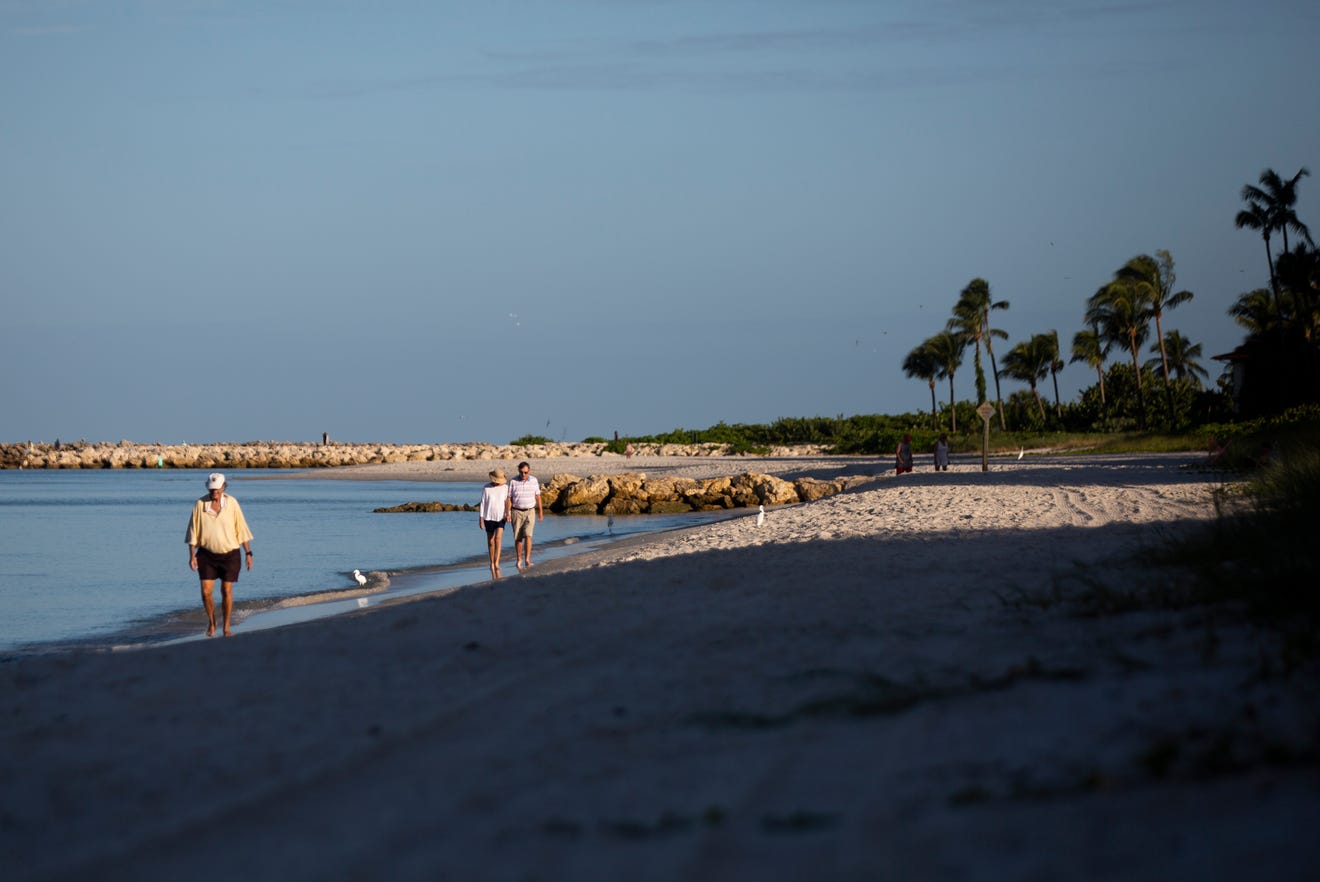 A Collier County beach renourishment project on Naples shores is set to begin early next month.

Trucks will begin hauling sand from an Immokalee mine to a stretch of beach from Doctors Pass to just north of Lowdermilk Park starting on Nov. 2. County officials plan to begin staging for the project this week.

Commissioners unanimously approved the $2 million undertaking earlier this year. All told, about 47,500 cubic yards of sand will be transported to the beach to raise and widen it.

The county plans to use a secondary parking lot at Lowdermilk Park as its staging area where trucks will enter through the access at the northern end of the park.

"The northern park exit onto Gulf Shore Boulevard and the northern parking areas will be closed to the public, along with the northern beach access (walking) path," the county said in a news release earlier this month. "Lowdermilk Park’s southern entrance at the traffic signal across from Banyan Boulevard will be converted to two-way traffic."

Hours of operation for the project will be Mondays through Saturdays, from sunrise to sunset. County officials said they hope to complete the project by Thanksgiving or by early December at the latest.

Trucks hauling sand from the Immokalee mine will take Corkscrew and Alico roads to get to Interstate 75 to head south. They will then exit the interstate at Golden Gate Parkway and head west to U.S. 41.