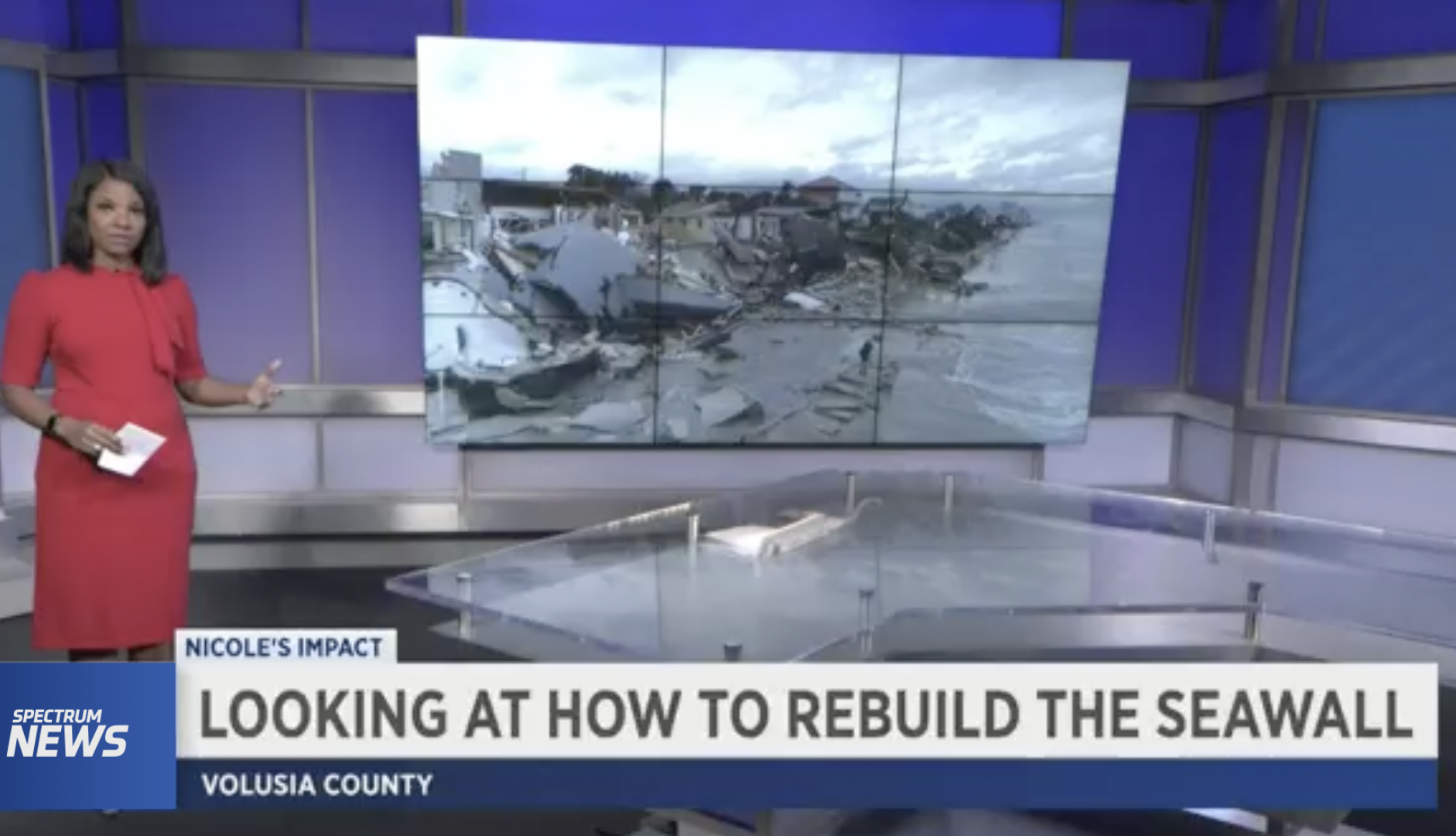 As businesses and homeowners along the coast work to clean up the damage from Hurricanes Ian and Nicole, many who didn’t have protection from seawalls are now hoping to build them.

But that’s something that’s much easier said than done.

The owners of Las Brisas had gone through a lot of the approvals process to build a wall, but still had one step to go when Hurricanes Ian and Nicole hit. They still plan to build the seawall, but they’re now going to replace all the sand that eroded away, as well as fix the damage done before they start.

Despite Las Brisas taking a beating from Ian and Nicole, condo owner Ed Joy can’t imagine being anywhere else.

“Sometimes you have to pay a price to be in paradise, and that’s what we are,” said Joy.

He and other condo owners here have been trying to build a seawall to protect their homes since Joy moved here from New Jersey three years ago.

“The whole time I’ve been here we’ve been trying to get a seawall, and it’s a pretty frustrating process,” he said.

The complex almost completed the process, and was scheduled to build the seawall as early as December. But because it took so long, the seawall wasn’t there when Ian and Nicole raked the New Smyrna Beach shore.

“We had bank funding approved a year and a half ago, for this project, and it’s just been a constant struggle to say the least to get the approval from the state just to build the wall,” said Curt Lentz, who’s on the Las Brisas HOA Board.

Two state legislators who represent Volusia County filed bills in the Florida state legislature in 2021 that would not just authorize, but require the Department of Environmental Protection to issue seawall permits to property owners. That measure would’ve made it a lot easier for property owners to get those protective structures built. The potential laws faced a backlash from conservation and environmental advocates, and were killed.

Luckily for Las Brisas, the three years of legwork are done, so once they can fix the damage, the seawall should go in. And having that seawall will prevent a lot of worry by homeowners like Joy when the next storm comes around.

“That’s a lot of peace of mind there if you have a seawall, because they don’t go down easy,” said Joy.