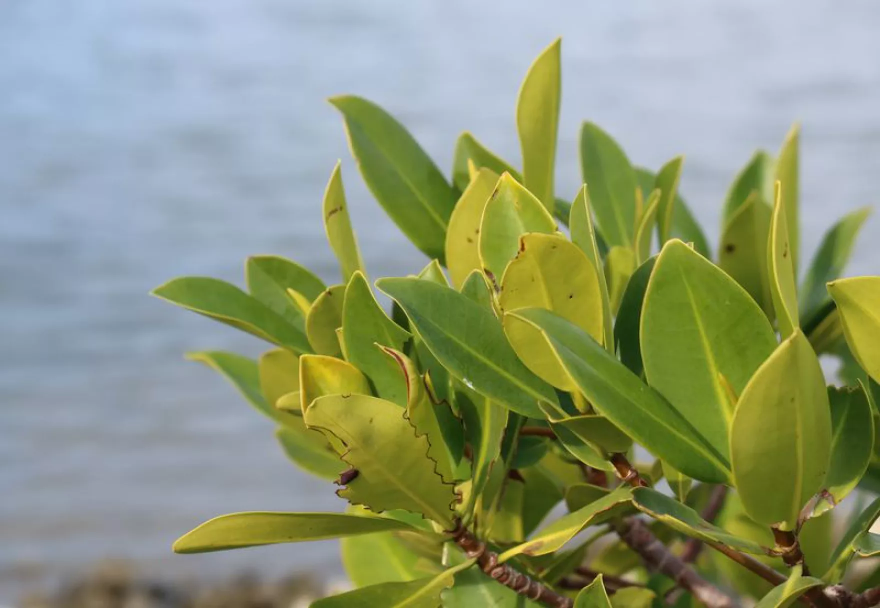 Within the slender, 30-mile long Mosquito Lagoon in Brevard and Volusia counties, mangroves are asserting dominance.

Within a coastal refuge of tiny islands and sea water saltier than the ocean is a climate battle among natural Florida’s titans.

Reigning guardians of the lagoon are oysters. They assemble in fortresses of low mounds, or reefs that appear above water at low tide. Their closely clustered shells suggest an invincible bristle of daggers and shields.

Invaders of Mosquito Lagoon are mangroves. Leafy and leggy, they are the only tree species fond of saltwater. Mangroves expand their turf by launching hordes of floating invaders that are sort of like elongated seeds and are called propagules.

While far different in lifestyle -- one as a critter and the other a bush – oysters and mangroves are both good guys that are critical for the wellness of coastal ecosystems. As with salt marsh and seagrass, they serve as nursery, sanctuary and water-conditioner for a wide range of marine life.

But within the slender, 30-mile long Mosquito Lagoon in Brevard and Volusia counties, mangroves are asserting dominance. Scientists think that mangroves have an ally in the rising level of carbon dioxide in the atmosphere that is trapping more of the sun’s heat and rapidly warming the planet.

Mangroves are cold-weather wimps. But freezes – those well into the 20s – have vanished in the past couple of decades in the Mosquito Lagoon. The shift mirrors Florida’s climbing temperatures, with winters and nights measurably less frigid.