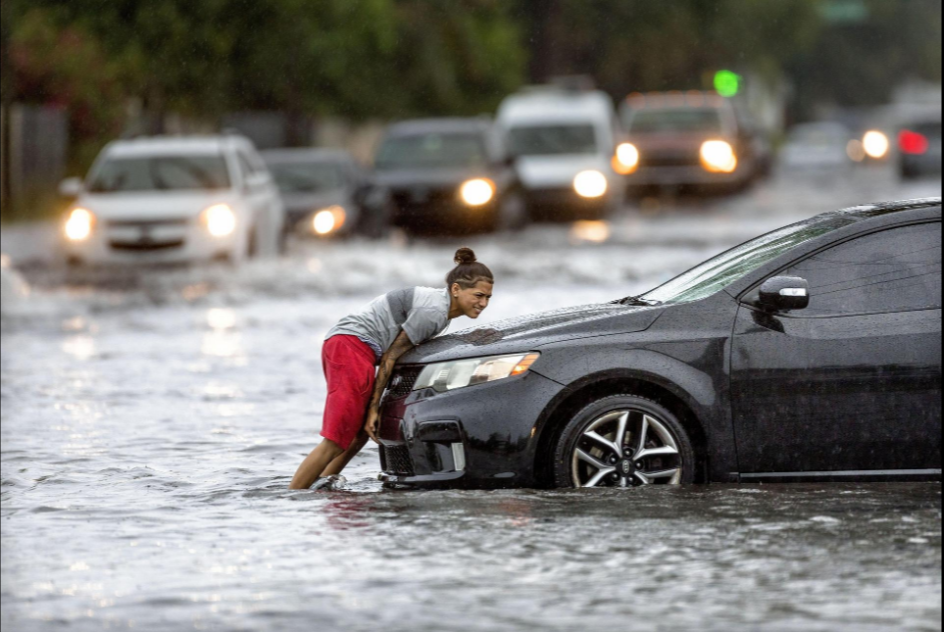 Rainfall is capricious in South Florida. It’s an even bigger puzzle as the climate warms. A new study aims to look at global climate change models on rainfall patterns to better fit South Florida’s predicament.

South Florida’s rains can be as rhythmic as the mail — a cymbal crash of summer thunder heralding an afternoon storm — or as unexpected as a bee sting with sharp downpours so mutinous canals swell, cars stall, planes are grounded.

Meteorologists have learned to forecast for what is essentially two seasons, and anticipate some of the caprice, but a warming Earth is expected to alter rainfall patterns worldwide with the toe of the Sunshine State feeling a unique shift.

A study launched this month aims to break down global climate change models on rainfall patterns to better fit South Florida’s predicament. Nearly surrounded by rising sea levels, beset by tropical cyclones and scarred by flood control systems, it is expected to experience climate change differently than more atmospherically-settled areas of the country.

“Our shape and geography are complex and unique,” said Ana Carolina Maran, resiliency officer for the South Florida Water Management District. “We want to be able to separate the sources of rainfall, such as tropical cyclone and sea breeze rainfall, and understand them better to try and see a clearer trend.”

The project, which is a partnership between the water district, U.S. Geological Survey and Florida International University, is expected to cost about $367,300. The district’s share, which was approved during a July 9 water management district governing board meeting, is $183,650.