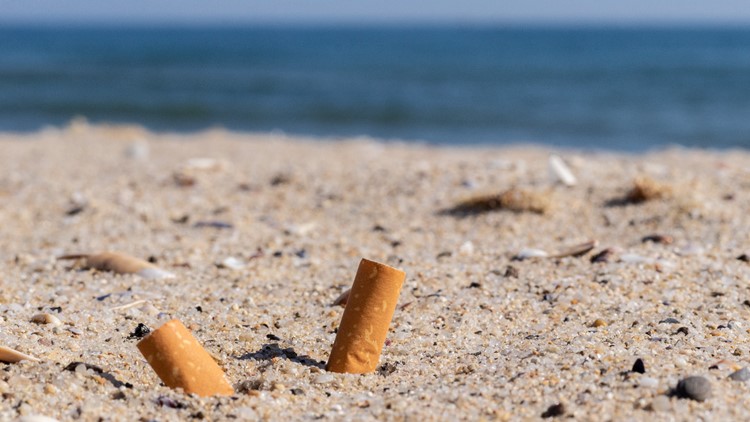 SARASOTA, Fla. — For anyone who has taken a recent trip to the beach and saw cigarette butts scattered around, it's probably not a surprising sight.

According to the Florida Department of Health in Sarasota, cigarette waste is still one of the most found forms of litter found in Florida coastal habitats. Health leaders say it's a "serious environmental one, polluting waters, and harming animals, birds and fish."

Tobacco Free Florida, an organization based out of Sarasota County, encourages people to clean up the mess through local efforts. And it certainly does the trick – in 2020, 460,532 items were picked up including 52,646 cigarette butts.

"Once left as litter, cigarette butts continue to pollute," the health department explains. "Over 5,000 compounds are found in cigarettes, and at least 150 of those are considered to be highly toxic, due to their carcinogenic and mutagenic potential."

Some of the components found like arsenic and nicotine can reportedly "leach off and contaminate the ground and water...," and the actual butts could stay in the environment for more than 10 years.

And health leaders say animals could be affected by the tobacco debris as well.

"Many land animals, birds and aquatic creatures mistake toxic cigarette butts for food," according to the DOH. "Not only does tobacco have negative health implications for its users, but the butts also negatively impact wildlife health andthe environment."