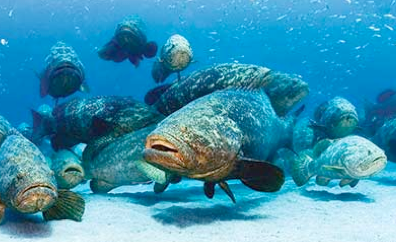 A judge has sentenced Mark Edward Zywotko, 47, of Cape Coral to 60 days in federal prison, followed by 3 years of supervised release, for committing mail fraud in the perpetration of a fraudulent scheme to overharvest more than 50,000 pounds of Gulf reef fish from the waters off Southwest Florida.

The court also ordered Zywotko to forfeit $286,260.74, representing the amount of proceeds he obtained as a result of the offenses, and to pay $291,884.69 in restitution to the National Oceanic and Atmospheric Administration (NOAA) National Marine Fisheries Service (NMFS).

According to court documents, Zywotko was the captain of the Pine Island-based fishing vessel Little Z. From January 2013 through December 2017, Zywotko illegally overfished and sold at least 50,971 pounds of federally-regulated Gulf reef fish, including Red Grouper and Red Snapper, having a wholesale value of approximately $286,260.74.

Zywotko then submitted false documents to state and federal agencies, including the NOAA’s NMFS, in order to hide his overfishing.

“The prosecution of this case and the court’s sentencing underscores the severity of this violation to our nation’s marine resources and the businesses that depend on them,” said Tracy Dunn, Assistant Director, NOAA Office of Law Enforcement. “NOAA OLE will continue to pursue violations of the Individual Fishing Quota (IFQ) program and encourages the reporting of suspected IFQ violations to law enforcement.”