Gulf of Mexico
A lifeguard keeps an eye on swimmers Monday at the Miramar Regional Beach Access near Pompano Joe’s restaurant on Scenic Gulf Drive in South Walton County. Surf conditions had improved enough by Monday that yellow flags had replaced the red and double red flags that were lying over Walton County Beaches this weekend. DEVON RAVINE/DAILY NEWS 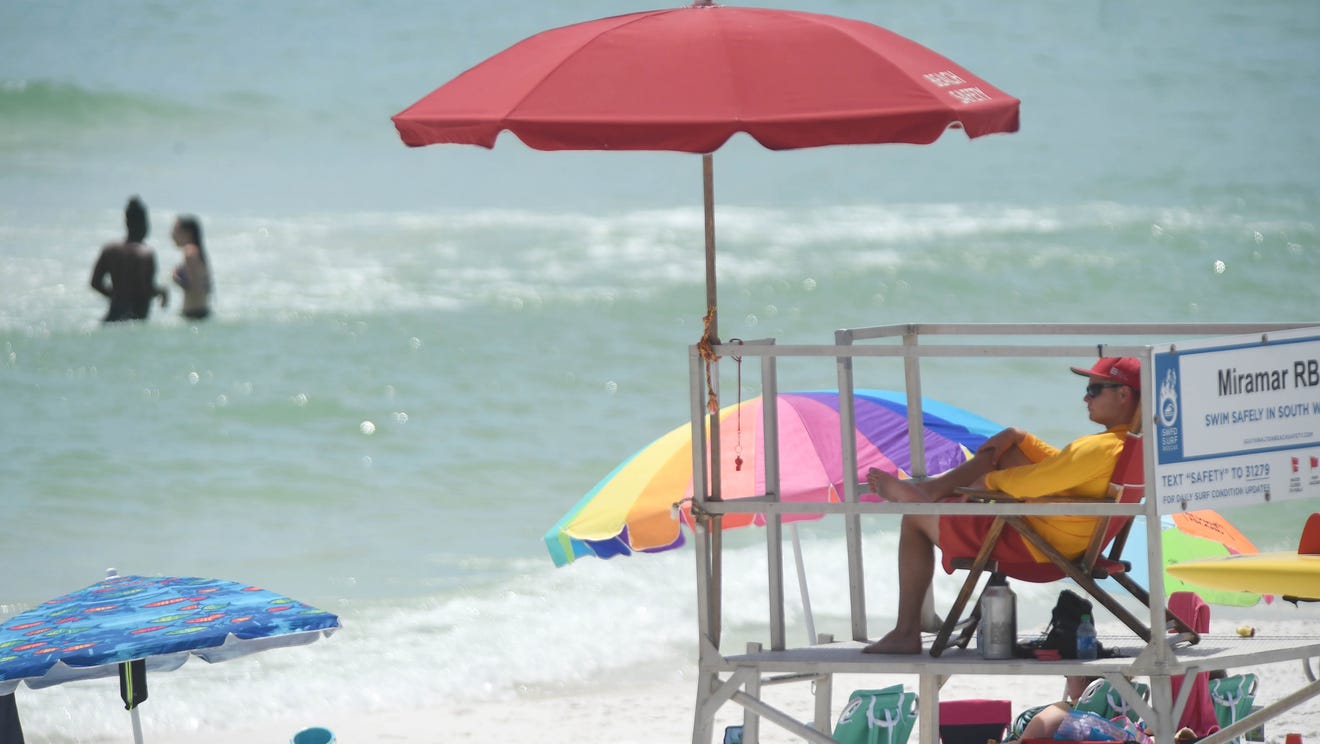 FL - Can private property keep lifeguards from a beach rescue? Not if Walton officials can help it.

"Customary use" is the county's position, based on a 1974 Florida Supreme Court ruling, that its beaches, like those in the rest of the state, have historically been open to the public and should remain so.

A few years ago, however, private beachfront property owners in the county challenged that position, contending the state high court's ruling is unconstitutionally vague and violates those owners' constitutional rights.

The issue remains tied up in legal wrangling. As a practical matter, that has meant the public has been limited to simply traversing rather than using private beachfront property — and has further been limited only to walking across that property in the wet sand at the water's edge — as the case makes its way through the court system.

Prior to Tuesday's unanimous decision by the County Commission, the beach activities ordinance had allowed emergency vehicles, county code enforcement vehicles and vendor vehicles to cross an unobstructed 15-foot width at the toe of the dunes — at the top of the beach rather than at the water line.

However, prior counsel to the county had suggested that as long as customary use issues were being argued in court, emergency and other vehicles should stay out of that area on private property.

However, commissioners learned Tuesday from their current counsel — DeFuniak Springs attorney Clay Adkinson, who is serving on an interim basis — that some private property owners have indicated that they have no objection to the use of the 15-foot corridor at the toe of the dunes across their property.