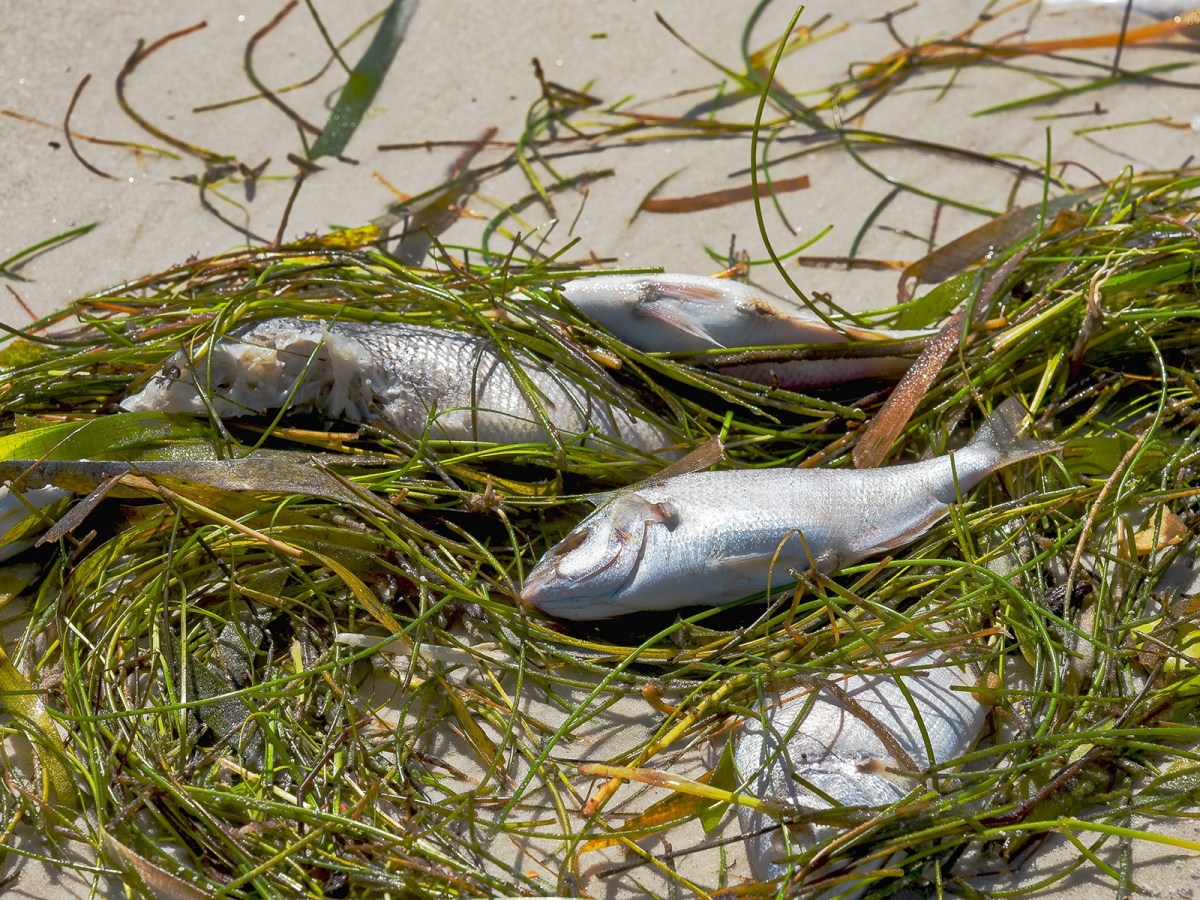 A massive fish kill in August 2020 was a red flag that historically troubled Biscayne Bay in Miami had passed a biodiversity health tipping point. Years of scattered efforts and mixed results of various conservation actors working toward the bay’s recovery have begun to fade in favor of more collaborative, inclusive efforts. Scientists and citizens are now focusing their efforts on creative ways to restore biodiversity in Biscayne Bay.

Along the Miami shoreline, luxury high-rises and condominiums run parallel to Biscayne Bay, one of South Florida’s most biodiverse ecosystems, characterized by its once abundant coral reefs, seagrass beds and mangroves.

But increasing population pressure, pollution, and the effects of climate change have left the bay in shambles. Reefs are dying, seagrass beds have disappeared, and algal blooms have depleted the bay’s marine life as a result of nutrient pollution and hotter temperatures, leaving organisms starved for oxygen.

Amid the pandemic, though, a tragic “aha! moment” brought a renewed commitment to the bay.  A massive fish kill in August 2020 prompted communities across Miami to amp up their efforts to restore balance to the bay. The work of scientists, activists and city officials in particular has turned toward effectively undoing more than a century of damage to an ecosystem now in haphazard flux.

One of the questions that remains at the fore of the conversation over Biscayne Bay is: Can nature-based solutions bring it back to life?

In August 2020, Miami Beach residents complained of a rotten stench that wafted across the summer air. Fish, rays, eels, lobsters, shrimp, crabs, octopus, and all kinds of other marine life bobbed lifeless on the surface waters of Biscayne Bay.

Scientists familiar with past die-offs sprang into action — this wasn’t Biscayne Bay’s first fish kill — concluding that it was the result of fatally low oxygen levels caused by nutrient overload.

Florida Fish and Wildlife Conservation Commission scientists said the die-off was spurred by a combination of heavy rainfall and hotter-than-usual temperatures in the bay, conditions that could occur again.

A main source of nutrient pollution in Biscayne Bay is sewage waste from poorly maintained septic systems and fertilizer runoff, both of which contribute excess nitrogen and phosphorus that feed excessive algae growth. Miami-Dade county officials have developed an action plan to replace (and finance) septic systems across the area in the face of sea level rise and other climate change impacts. The county has identified 25,000 septic systems, out of the more than 120,000 known to exist, that are currently failing or at risk of doing so, chief bay officer Irela Bagué told Mongabay in an interview.

“The reason why they’re failing is because they’re in low-lying areas,” she said. “They’re already subject to chronic flooding, whether it’s king tide or areas that just flood.”

Miami Waterkeeper, an environmental advocacy NGO, garnered the help of the community to report fish kill sightings and submit photos to the organization as a way to collect data and distribute resources.

“It was really distressing that we could see all of these fish gathering at the surface gasping for air,” Rachel Silverstein, executive director of Miami Waterkeeper, told Mongabay in an interview.

During a late-night brainstorming session, the organization’s team came up with an idea to artificially add oxygen to the bay. They deployed storm water pumps in certain areas to restore oxygen levels in localized pockets of the bay as a last-ditch effort to resuscitate an ecosystem on life support.

Although these oxygenated areas provided some refuge for wildlife, Silverstein notes it was only a short-term solution.

“We certainly don’t ever want to have to do that again,” she said. “If we’re going to invest resources in preventing and addressing water quality issues in the future, we really don’t want to focus too much on aeration because we want to fix the systemic problems leading to these low-oxygen conditions.”

Scientists had long warned that Biscayne Bay was quickly approaching a tipping point. Decades of research and growing awareness had preceded the August 2020 fish kill, which “really did provide a catalyst to take action,” Silverstein said. “It was now impossible to ignore the water quality issues in Biscayne Bay, and people were seeing the effects that had been warned about through the years coming to fruition.”

“We weren’t sure that people would be willing to come out in the middle of the pandemic in the summer in Miami to clean up dead fish, but we found that they absolutely were that dedicated to keeping our water clean,” she said.

It was an early example of how the tragedy spurred the community to take quicker action.

Biscayne Bay is tied to a larger watershed with a fateful history.

Prior to human development, according to hydrogeologist Michael Sukop with Florida International University (FIU), the water once traveled as sheet flow from the Everglades to Biscayne Bay.

Miami’s boom in activity and development in the early 20th century saw much of the area’s wetlands dredged, drained and diverted into canals, which were meant to prevent flooding by altering the natural flow of freshwater. Many of the bay’s modern-day challenges, from fish kills to seagrass die-off, are symptoms of this altered flow.

Sukop says that rather than emptying into the bay diffusely, water now empties from 21 distinct basins, releasing concentrated amounts of nutrients. What used to be a subtropical estuary is now an estuarine lagoon in flux, with fluctuating salinity and oxygen levels, limited freshwater circulation and poor water quality.

“To reverse these kinds of intensive, built environments, it’s so almost unimaginably expensive,” Sukop told Mongabay in an interview.

Infrastructure plans that accommodate the state’s growing population continue to place pressure on South Florida’s watershed and are evidence of the state government’s agenda. There are also pending plans to build a highway through wetlands near the Everglades that recharge the Floridan aquifer.

Restoring historic water flow has been a focus of restoration plans for Biscayne Bay and the Everglades. As part of the Biscayne Bay Coastal Wetlands Project, the Deering Estate, a protected area spanning more than 180 hectares (450 acres), has also participated in rehydration projects to restore historic sheet flow to the bay. Deering Estate staff say they have documented the return of several rare and keystone species as a result, including river otters (Lontra canadensis) and diamondback terrapins (Malaclemys terrapin).

But some argue that nature-based solutions hold more substantial promise.

Mangroves, for example, act as natural barriers to storm surge, helping to dissipate the energy thrust upon the state’s coastlines by hurricanes. Part of the Biscayne Bay Task Force’s plan includes a mangrove restoration and protection program to create “living shorelines” as natural infrastructure.

Still other potential nature-based solutions depend on restored freshwater flow, such as one project aiming to restore oyster beds that would naturally filter out pollutants before they reach the bay.

As local officials and citizens try to develop ways to restore the bay’s health, scientists are bracing for the possibility of another tragedy.