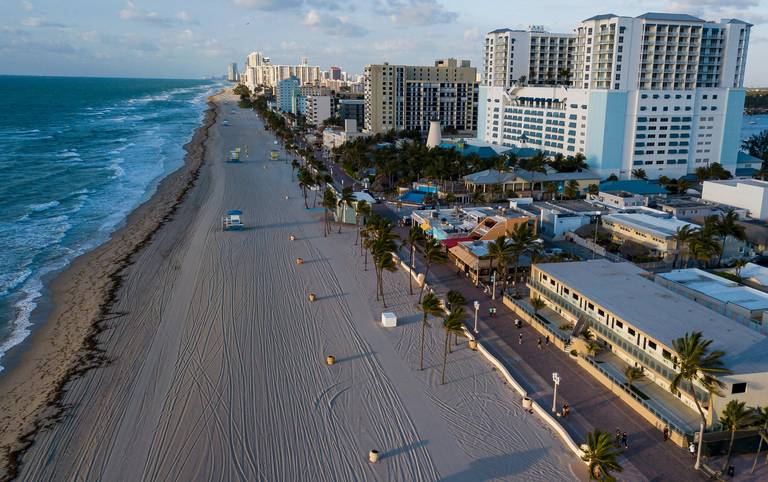 After two months of closures, the mayors of coastal cities in Broward County are pushing for a May 26 reopening of beaches for exercise. But county officials seem reluctant to jump ahead of Miami-Dade, whose mayor has not yet indicated he’s willing to take that step.

At a press conference Thursday in Doral, Broward County Mayor Dale Holness mentioned the 26th as the earliest possible date that Broward’s beaches could reopen. But he was vague about whether that would actually happen, saying he and Miami-Dade County Mayor Carlos Gimenez agree “it’s best that we do it together as a region.”

“If we open one section and the others are not open, then we’ll have a problem,” Holness said, referring to concerns that South Florida residents could all flock to whichever beaches open first.

On a conference call Wednesday, the mayors of seven coastal cities in Broward, including Fort Lauderdale and Hollywood, told county officials they want to reopen their beaches May 26, the day after Memorial Day.