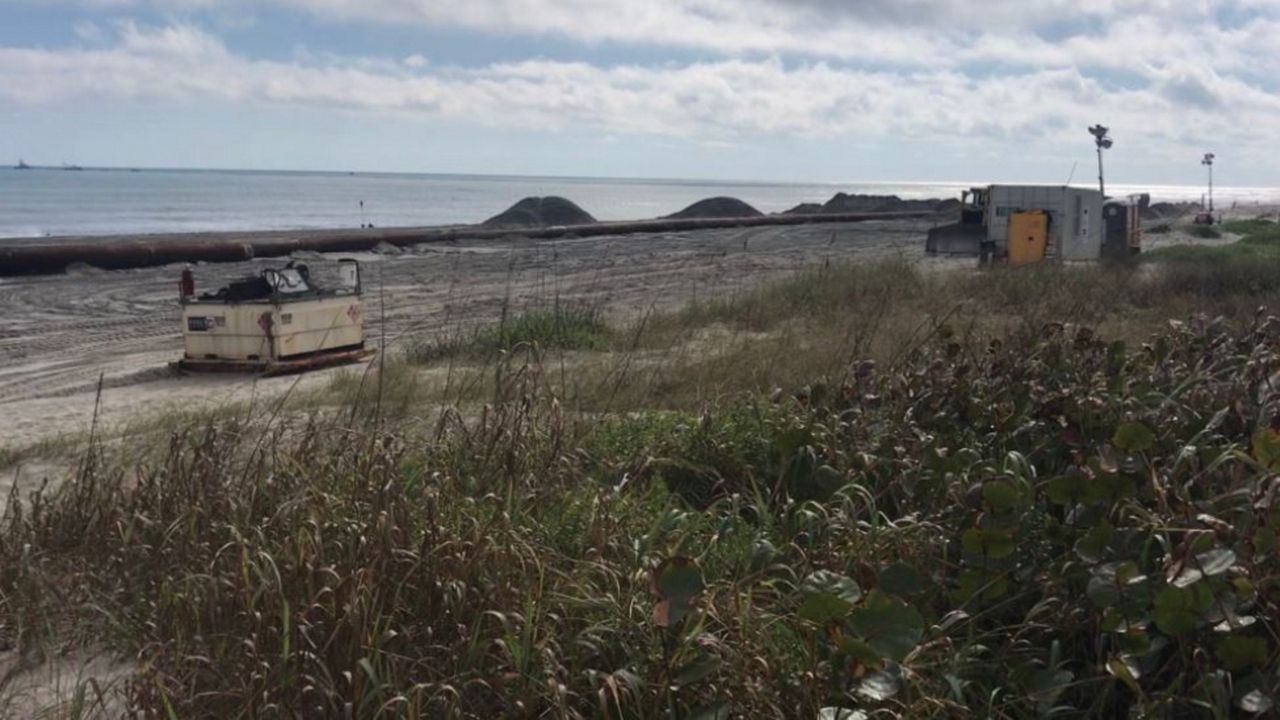 BREVARD COUNTY, Fla. — A big beach nourishment project is underway on the Space Coast, one that leaders say is vital to tourism dollars bolstering the economy.

"They pipe it in from offshore. It's all interesting to me," said Ted Caldwell, a Brevard County newcomer who relocated from his native Pennsylvania

His daily routine in the warm weather in Florida brings him to the ocean, and of late, the county's Shore Protection Project. High winds and strong tides back in September caused significant erosion.

"The way the economy's been, we need these beaches all open," Caldwell said.

Contract workers for the U.S. Army Corps of Engineers are using what's called an ocean-faring “hopper” dredge, which takes sand to the beach by a temporary pipeline. The goal is to add 60 feet of beach, with work currently being done in the nearly 4-mile-long South Reach area in Melbourne Beach.

The $16 million project is paid for with federal hurricane response funds and nearly $2 million of county funding. The funds are an investment because the beach is the No. 1 reason people visit, the Space Coast Office of Tourism's Peter Cranis said.