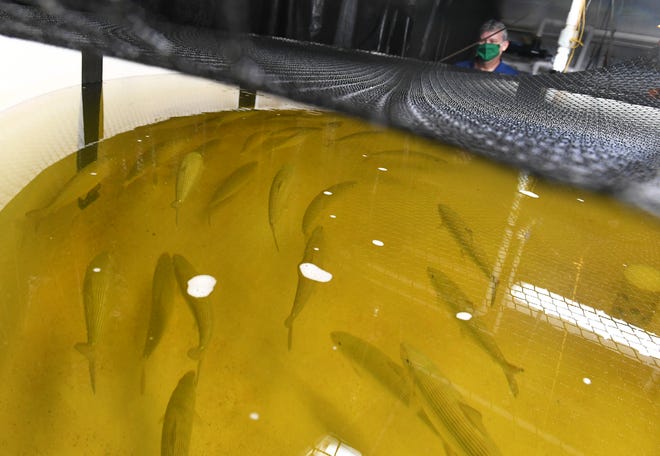 Cutting across the island nation of the Bahamas and running along the southern edge of Great Abaco is the deep and mysterious Providence Channel.

For ages, the passage has been used by shipping traffic as a shortcut between the Gulf Stream and the open Atlantic Ocean. It enables cargo ships to avoid hurricanes, and is the gateway for cruise ships to enter the country's capital at Nassau.

Recently, researchers have discovered an unexpected use for the deep-water channel.

Bonefish are a game fish highly sought after by anglers who practice catch and release fishing while using light tackle techniques. In places like the Florida Keys, Belize and the Bahamas, the sportfish is known to spend its entire life in waters no deeper than 6 feet.

That's why researchers were puzzled to observe bonefish make a spawning run deep along the edge of the Providence Channel. Over the course of an 18-hour period, researchers followed the fish using acoustic tagging technology.

They observed a large school of thousands of bonefish assemble in shallow waters. Then, after dark, they made a push offshore. From there, the torpedo-shaped fish plunged from near the ocean's surface to as far down as 450 feet of depth.

Mystery of the sea

It's an example of science unlocking a tiny mystery of the sea. And when mysteries such as this are revealed, it gives researchers a better understanding of how fish use their habitat.