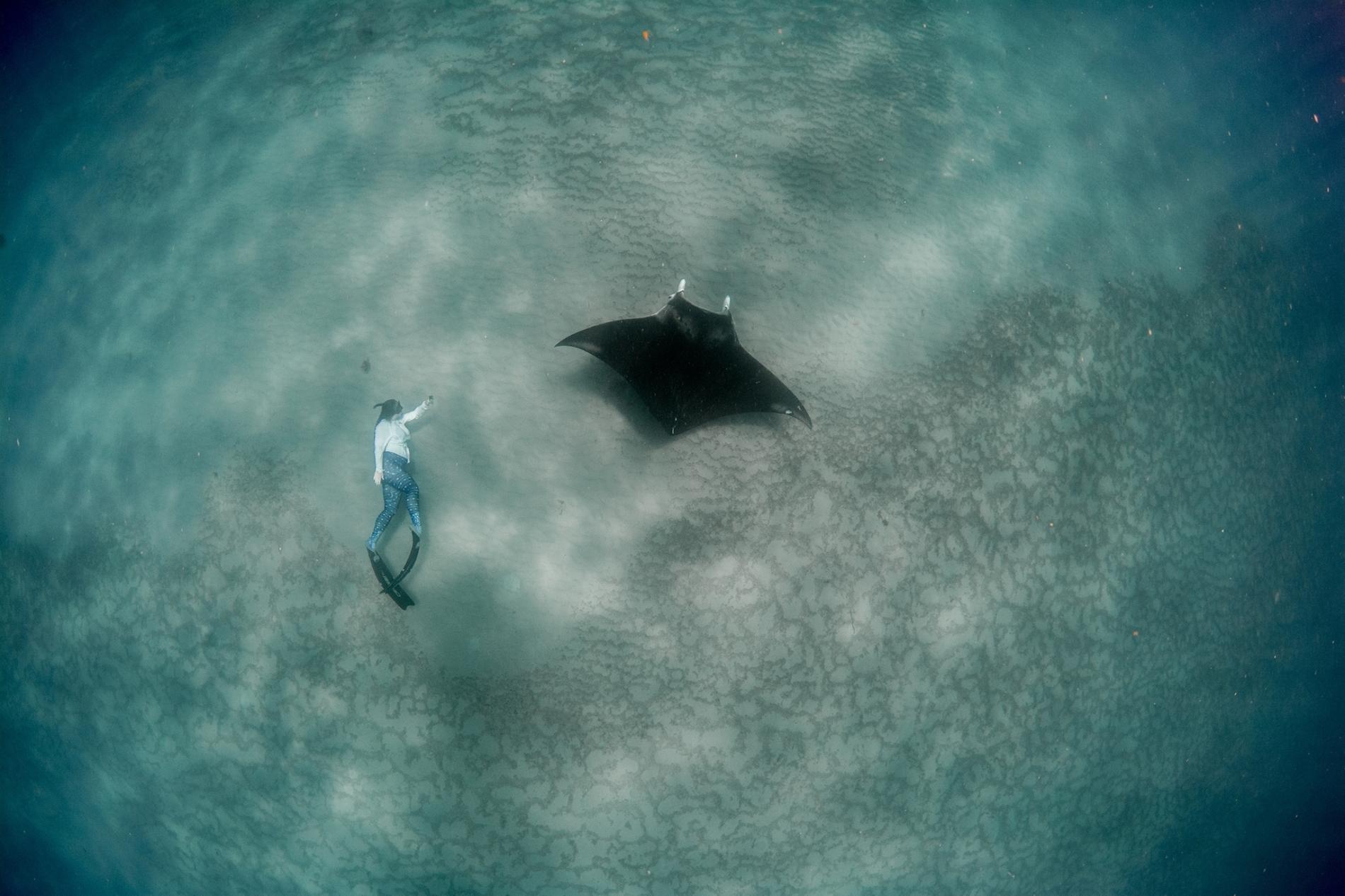 The unusually high number of young animals suggests there is a nursery ground in the densely populated region, surprising scientists.

Puttering up and down Juno Beach, Florida, atop an ATV, scanning the sand for endangered sea turtle tracks, Jessica Pate noticed a giant black shadow moving through the shallow water.

On closer inspection, she was shocked to discover a manta ray. An avid diver and biologist, Pate knew people who had swum with these huge fish in Indonesia or Hawaii—but never in the busy coastal waters of South Florida, which is home to more than six million people.

Intrigued by her encounter in 2010, Pate searched for scientific literature on the South Florida manta ray population, but found just one paper from 1998. So she set out to change that. (Read how manta rays form close friendships.)

For more than three years, from 2016 to 2019, Pate surveyed South Florida waters for the graceful swimmers, ultimately identifying 59 individuals, which the researchers have dubbed “urban mantas.”

“We have seen manta rays swimming in front of President Trump’s Mar-a-Lago and Jimmy Buffett’s Margaritaville resort,” Pate says, adding that high-rise condo residents in Miami have reported several manta ray sightings while at home during the pandemic.

Beyond their cosmopolitan lifestyle, the Florida rays are notably almost all juveniles, based on the lack of mating scars on females and the small sizes of the males’ claspers, or genitalia.

In a new study, released this week in the journal Endangered Species Research, Pate and colleagues show strong evidence that South Florida has a nursery ground for manta rays—only the third ever found. Manta nurseries tend to be food-rich and relatively free from predators, allowing the young animals to safely grow. (Go inside the underwater world of manta rays with a National Geographic photographer.)