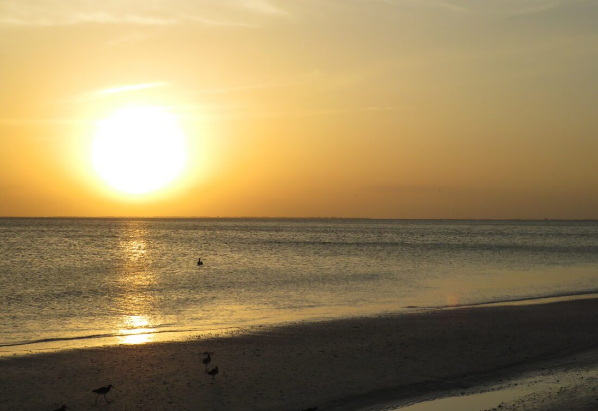 FL - Beach renourishment not for everybody

It’s been a decade since the last beach renourishment project on Fort Myers Beach and areas such as the beach behind the Pink Shell Resort and Leonardo Arms have undergone significant erosion.

“We are one storm away from devastation,” Gene Duffy, president of Leonardo Arms Building 2 Board, said on Thursday at a public informational meeting on the town’s beach renourishment project with the town’s engineering consultant Michael Poff.

As the town awaits funding from the county and state for a beach restoration project estimated to cost more than $22 million to cover one end of the island to the other, not everyone wants to take part. Several residents at Thursday’s meeting said they wouldn’t take part in the renourishment.

With an estimated 900-feet long stretch of sand behind his association’s property, Island Winds Condominium Association President Dave Nusbaum said Island Winds’ beach has been undergoing accretion, not erosion, since the condo tower was constructed in 1974 when there was a 100-feet long stretch of beach. While Nusbaum believes the town should shore up the sections of the beach that are critically eroding, his association wants to opt out.

Fort Myers Beach Manager Roger Hernstadt said that’s not a problem. Island Winds simply doesn’t have to sign up for the beach renourishment and no sand will be delivered to their property. “If you want us to put sand on the beach, you have to sign a form. If you don’t sign the form, we don’t put the sand in,” he said.

Nusbaum wants more assurances and points to vegetation growth on property next door to Island Winds as to why he is concerned. Nusbaum is worried that if Fort Myers Beach receives a designation from the state that its beach has been critically eroded, it could one day lead to dune plantings. He is seeking a 20-year agreement from the town that it won’t do any plantings on the Island Winds property, and that Island Winds won’t be subjected to any sand or any eminent domain procedures.

According to Poff and the town’s environmental project manager Chadd Chustz, those properties that sign up to receive sand as part of the beach renourishment project, must either have vegetation on their property or they will be required to plant dunes.