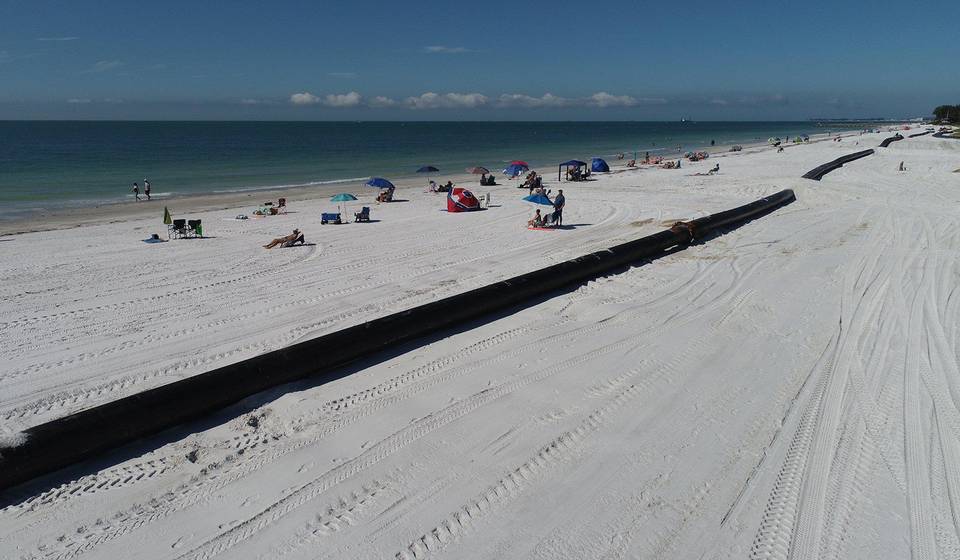 As Tropical Storm Eta battered Manatee County on its way to landfall at Cedar Key, it may have been a $17.3 million beach renourishment project that protected Anna Maria Island from the total inundation of a storm surge.

Officials say this year’s project couldn’t have come at a better time. Crews are on track to finish laying 949,000 cubic yards of sand across a 5.5-mile stretch by Friday, regenerating a natural defense that protects the island from strong storms.

“Sandy beaches are the first line of defense to protect property, protect the time in which you can evacuate and the general prosperity of the island,” said Charlie Hunsicker, Manatee County’s director of parks and natural resources.

Work began on the renourishment project this summer, funded by tourist development taxes, as well as federal and state contributions.

“Whatever they did put on the beach probably helped the infrastructure. It was good timing,” said David Ruderman, corporate communications office public affairs specialist with the U.S. Army Corps of Engineers, which is in charge of the project.