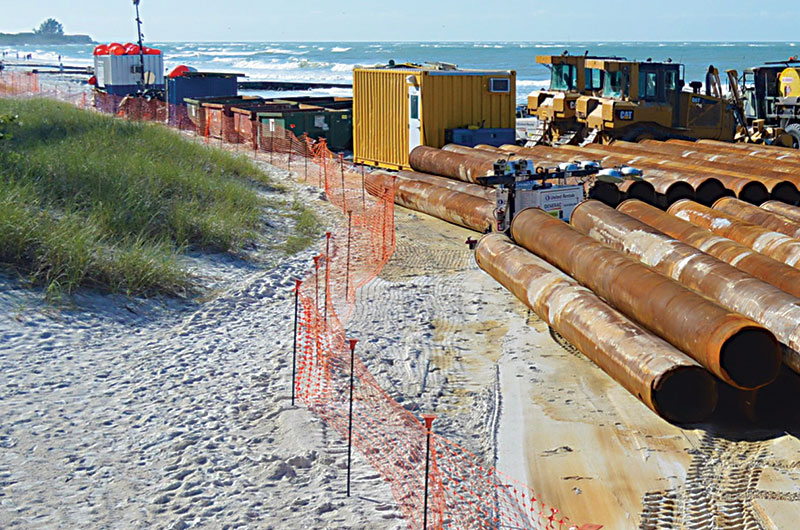 An active hurricane season has led to several delays for beach renourishment.

The project, which involves pumping sand from borrow areas via a dredge about a quarter-mile offshore to replenish eroded beaches, paused Oct. 27-28 for the passage of Hurricane Zeta in the Gulf of Mexico, about 700 miles west of Tampa Bay.

“The dredge and the booster are in safe harbor behind Egmont Key as of yesterday morning, waiting for the sea to calm,” said David Ruderman, communications representative for the U.S. Army Corps of Engineers, a funding source for the $17 million sand replenishment project, along with the state and Manatee County.

He wrote The Islander Oct. 28, “Onshore, the crew continued consolidating their footprint, shifting out of Manatee (Public Beach) to Coquina Park, and expect to resume beach work.”

Red flags were flying Oct. 28 as rip current warnings were issued through the loudspeakers at Coquina Beach.