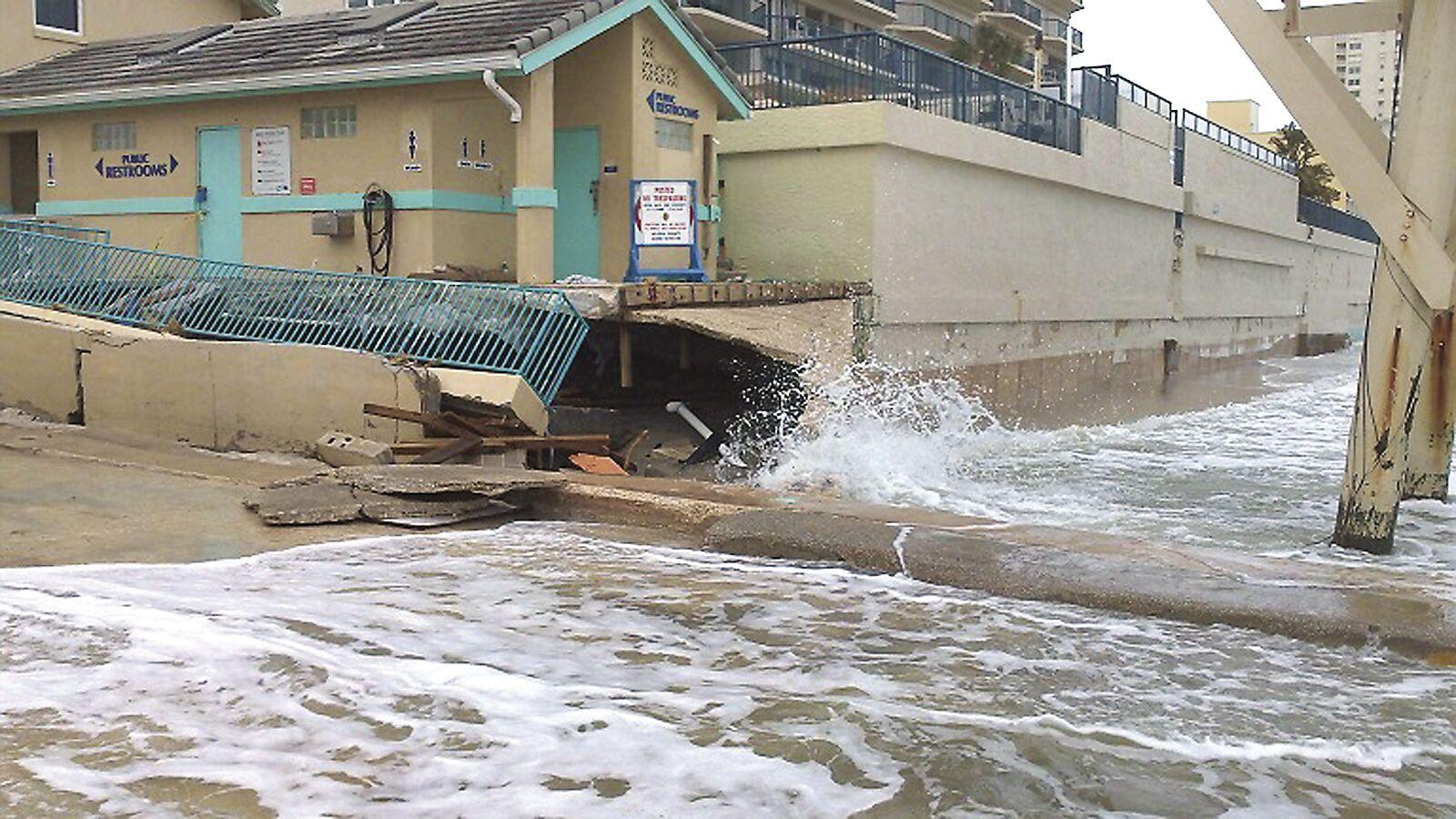 The damages to county-managed beach property and access points alone are estimated at more than $31 million, according to Heather Belden, a county community information marketing specialist.

"However, some costs are not known at this time because there is not a one-size-fits-all approach to complete coastal recovery, and consideration of temporary and permanent initiatives are still being explored by the multiple agencies involved."

While both Major Hurricane Ian and Category 1 Hurricane Nicole had weakened to tropical storms when they reached Volusia County, the timing for the strong onshore wind and rain produced by the storms couldn't have been much worse.

Ian exited into the Atlantic Ocean near Cape Canaveral as a 60 mph tropical storm in late September, dumping nearly two feet of rain on the area in 18 hours, following a wet summer. The slow motion of the storm as it passed to the south and east of Volusia funneled tropical storm force onshore winds and high surf onto the coast. At the height of the storm torrential rain and wind-driven waves breaking over and undermining sea walls and swimming pools.

Following Ian, a pleasant respite of cool dry weather set in October and continued through most of the month, allowing for beach communities to start the post-storm recovery. Then Nicole, the latest hurricane to ever make landfall on Florida's east coast, came ashore 100 miles away in south-central Florida.

Even though Nicole hit the coast well south of Volusia and quickly declined to a weak tropical storm, the vulnerable condition of area beaches following Ian, combined with a week of strong onshore wind and astronomically high fall tides at the peak of the storm, inflicted additional erosion resulting in the catastrophic collapse of more sea walls and evacuation/closure of endangered beachfront condominiums.

No community along the Volusia coast, and for that matter entire east coast of Florida, sustained more damage than Daytona Beach Shores. Nearly all beach access ramps, dune walkovers and many sea walls were either damaged or destroyed.

The City of Daytona Beach Shores maintains 14 beach walkovers. Only one remains standing, and it will most likely need complete replacement due to extensive damage, according to Community Services Director Stewart Cruz.

The city is still in the process of assessing the dune walkover damages and costs, according to Nancy Maddox, director of Recreation, Economic Development and Public Affairs. "We do not have a time frame of when they will be repaired/replaced established at this time. The city will be submitting repair/replacement costs to FEMA for reimbursement."

Posts were installed on the beach in early December by the county, marking the 30-foot wide no-driving conservation zone, a hopeful sign the beach could possibly reopen for the holidays (weather and tides permitting) after several months of closure. However, shortly after installation, strong onshore winds brought rough surf and high tides.

"There is very limited work time and access due to the high tides,” stated Tamra Malpurs, Volusia County Beach Safety deputy chief. “Areas can only be open to driving if they have conservation posts. The higher tides and surf are causing the conservation posts to come out just as fast as we can install them."