Gulf of Mexico
Renovations have slowed at the El Governor's Hotel in Mexico Beach as the owners await final permits. (Photo Mike Fender, The News Herald) 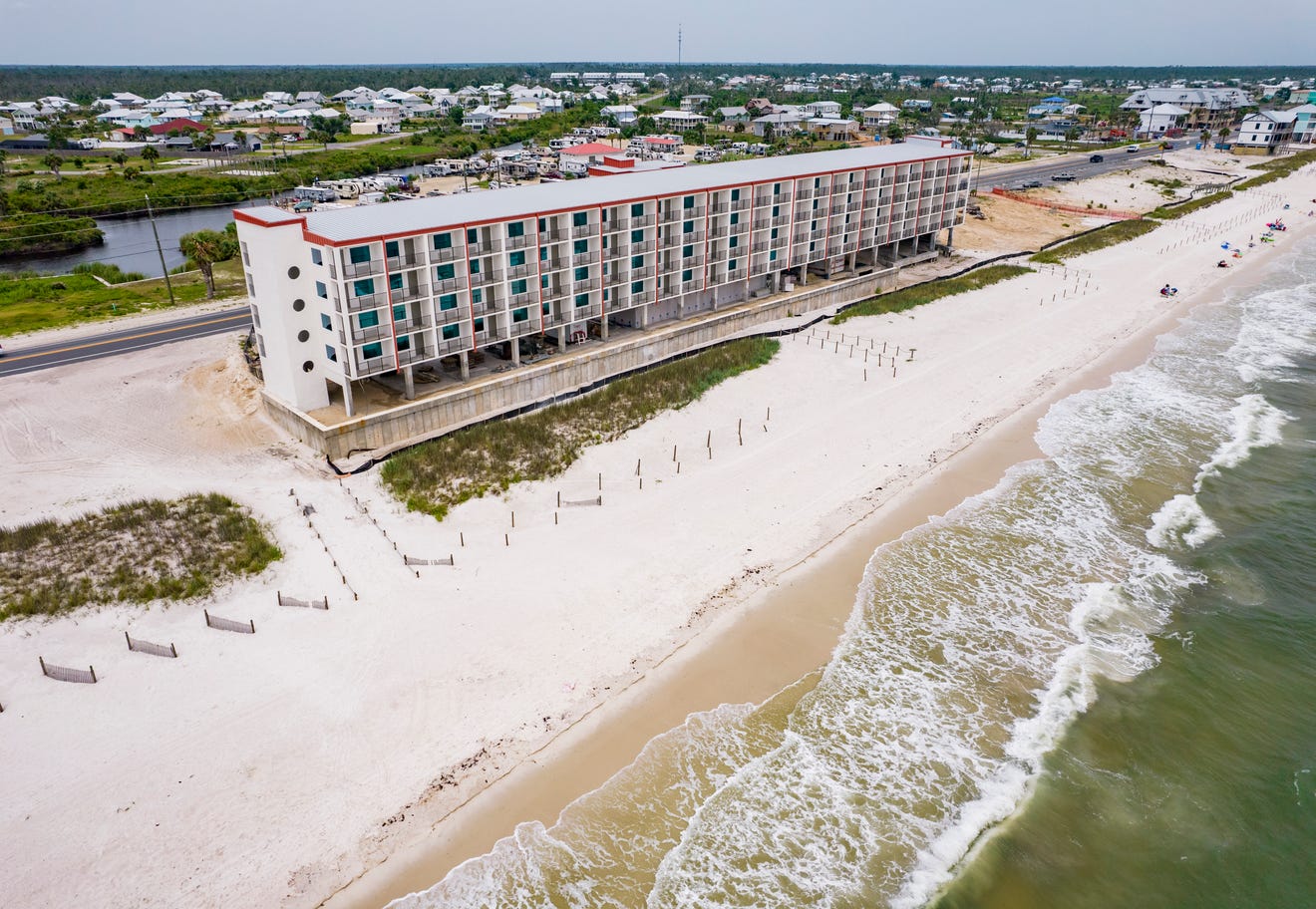 BAY COUNTY — For Mexico Beach Mayor Al Cathey, the days leading up to Oct. 10, 2018, were just like any normal storm preparation — gather names of who is staying, board up windows and lock down loose items around town.

In the small coastal town with a little more than 1,300 people, Cathey said they absolutely had no idea what was coming for them.

“It was one of the worst days of my life,” Cathey said, on seeing the damage afterward. “I saw a half of dozen people on my walk through town and it was just disbelief. And they would ask me things like ‘What are we going to do?’ I didn’t know what we were going to do.”

Three years ago today, Hurricane Michael roared ashore in Bay County with close to 160 mph winds and a storm surge recorded up to 14 feet, devastating every city in the county and much of the eastern Panhandle.

Mexico Beach saw four fatalities, damage to 80% of the buildings in the town and extensive damage to its power grid and water systems.

“It took 48 hours for me to grasp what I was dealing with,” Cathey said. “From there, it was nothing more than seeing people. I walked the streets and said, ‘Hey, what do you need?’”

Panama City City Manager Mark McQueen echoed Cathey's feelings on the damage the storm left, saying he was shocked at something that was “nothing interesting” less than 48 hours before could dole out such destruction within a short amount of time.

McQueen was taking refuge in the city police department headquarters and had come out to see a scene he described as basically a “war zone.”

“There were vehicles flipped over, there were trains on their side, there were powerlines everywhere, debris everywhere, roofs blown off their structures,” McQueen said. “It was almost impossible to get through the city and it was total destruction.”