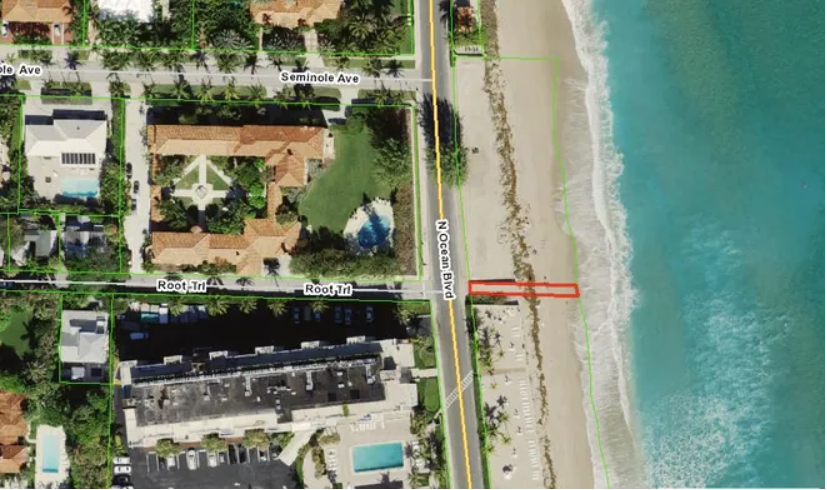 Root Trail, a modest passage without the pomp of manicured swales, leads east to the Atlantic through a simple beach cut-through slotted between private properties. But the once obscure conduit from road to ocean is now embroiled in a century-old mystery and legal tug-of-war that could see the path padlocked forever.

Since a time when the island was predominantly tangles of black mangrove, saw palmetto and cabbage palms, beachgoers have used Root Trail to reach the ocean. Even as the island fortified its shores with walls and gates and restrictions that limited hours, outlawed surfing and forbid “throwing missiles,” the Root Trail beach entrance remained open.

Then, earlier this year, the town got a permit request to install a 6-foot-tall locked gate along the 20-foot-wide opening. Two entities say they own the property — Root Trail Partners, LLC, claims the north 10 feet, while the Ocean Towers Condominium Association claims the south 10 feet.

“I questioned how they could get ownership to something dedicated to the entire subdivision,” said town zoning manager Paul Castro about Root Trail Partners during an Oct. 10 Town Council meeting.

The question would uncover a puzzle of more than 100-year-old documents, some carefully handwritten in a delicate cursive that still listed Palm Beach as part of Dade County — a separation that occurred in 1909.