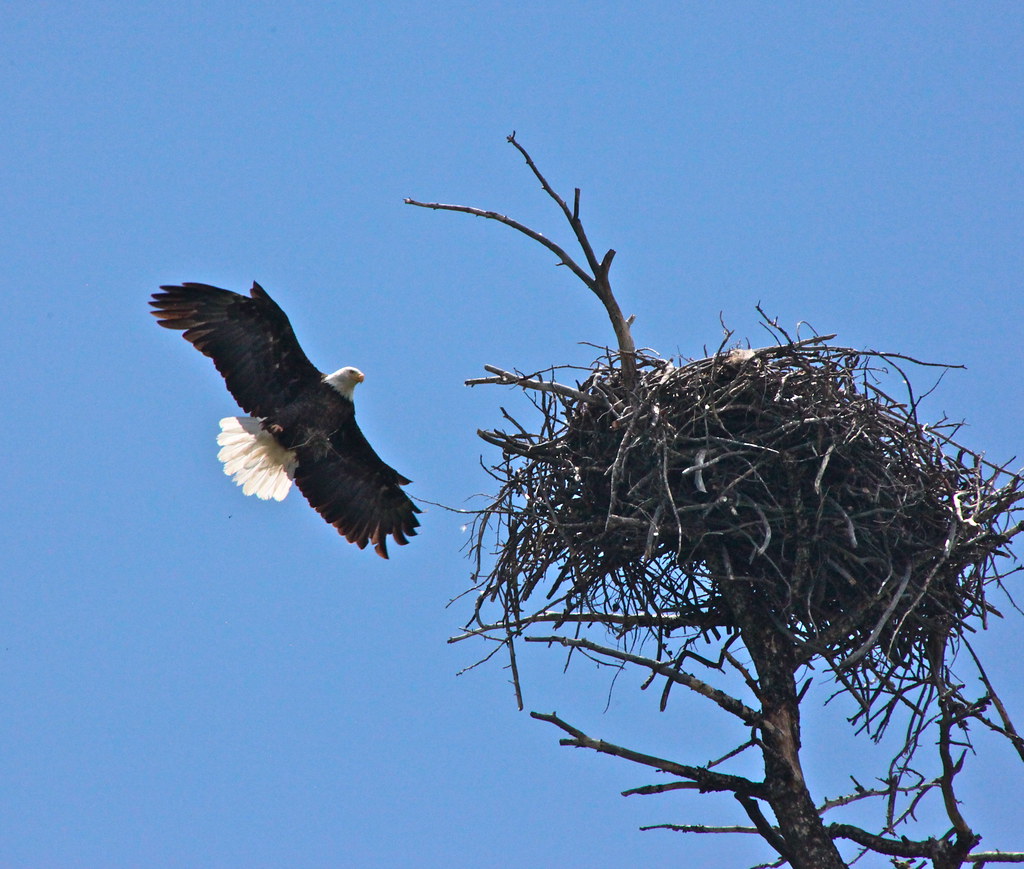 The nesting bald eagles on Sanibel and Captiva islands went somewhere, and did something, which allowed them all to survive Hurricane Ian’s 150-mph winds and near-direct landfall.

But like many other inhabitants of barrier islands seaward of Charlotte, Lee, and Collier counties, the feathered members of America’s special species returned to a place they barely recognized.

That is known thanks to the Sanibel-Captiva Conservation Foundation, whose volunteers monitor nine bald eagle nest structures across Sanibel, Captiva, and North Captiva islands. They watch and record what happens at the nests from October through May and input everything into an Audubon Florida database.

“Unfortunately, our manmade eagle nesting platform was destroyed in the storm, and SCCF is working with partners to determine whether repairs or a replacement are feasible at this time,” said Audrey Albrecht, a shorebird biologist with the SCCF. “Fortunately, the pair that used this nest has previously been observed maintaining a different nest structure nearby, and we are hopeful they will use that one.

We are happy to report that all the birds are accounted for and remain in their territories. Most nest trees are still standing, though the landscape has changed drastically around them. The Australian pines where they nest were completely defoliated, and many surrounding trees were destroyed. Some eagles are busy rebuilding, while others appear to be reconsidering their nest location and may rebuild elsewhere.‍

The bald eagle is known to most Americans as the country’s once-obscure-nearly-extinct, but now-famous-national-bird.

And while not “bald” and never nearing extinction, the white feathers on its head and neck contrasted with a darker coat allow for its appropriate moniker, and its much greater numbers in Canada and Mexico dispelled fears the bird would cease to exist.

Members of SCCF have also surveyed shorebirds that frequent the barrier islands in the Gulf of Mexico off Southwest Florida since Hurricane Ian made landfall on Sept. 28.

The volunteers said the beaches look a lot different, but the birds haven’t changed.