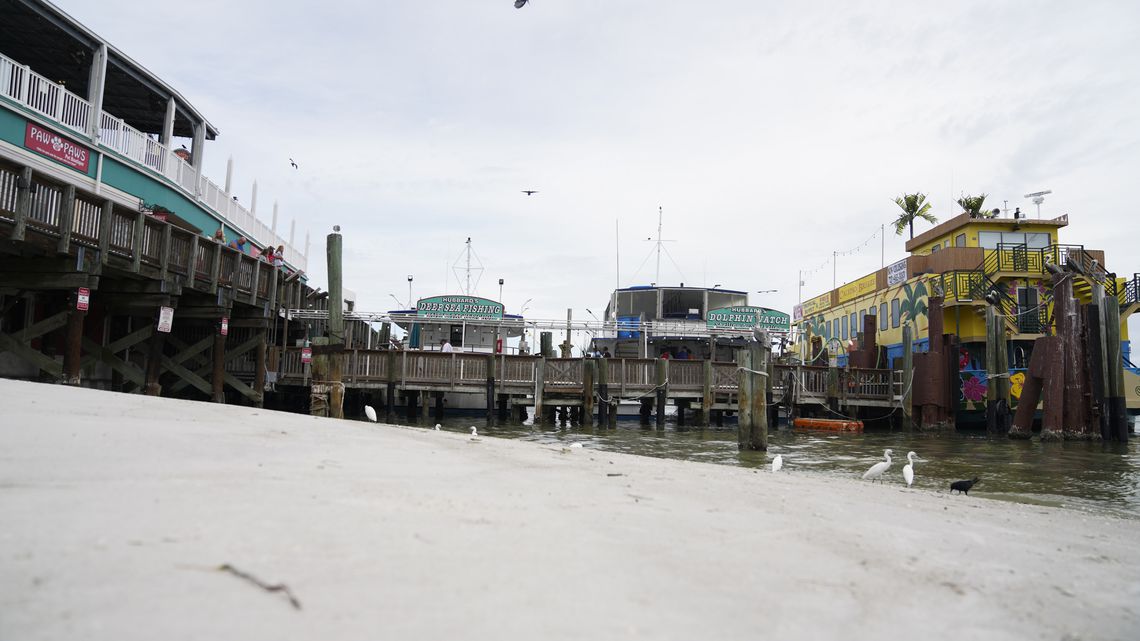 FL - As John’s Pass Fills With Sand, There’s a Bureaucratic Tangle on Who Should Fix It

Sand intrusion has created a beach that is blocking boats and threatening to drive out the landmark Hubbard’s Marina and other businesses.

MADEIRA BEACH — When Capt. Dylan Hubbard was a kid in the 1990s, he could jump off the boardwalk of his family’s marina into the waters of John’s Pass below.

But gradually over the past six decades, sand from the updrift beaches has been pushed south, hooking around the heel of the barrier island and settling along the north side of the John’s Pass channel. It has created an unwanted beach now butting up against the boat dock, narrowing the channel.

The sand intrusion has accelerated in the past few years, creating a dire problem for Hubbard’s Marina, which has been at the site since 1976 and is now a top tourist destination with fishing charters, cruises, restaurants and shops.

Boats on Hubbard’s dock are at times beached, and three slips are so shallow they are unusable, he said. A stormwater drain under the marina clogs with sand, so rainstorms flood surrounding John’s Pass village streets.

How exactly to fix the problem and who is responsible for it, however, has become a bureaucratic tangle.

“This is our home, this is a special place, but this is threatening to put us out of business if we don’t pull boats out of the dock and move,” said Hubbard, 29, the fourth generation owner of the family business. “That would just crush this whole place, but the sand keeps coming.”