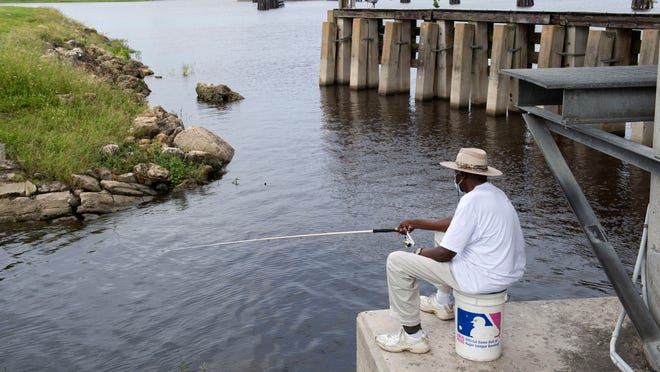 For the third week in a row, the Army Corps of Engineers says no Lake Okeechobee water will be discharged to the St. Lucie River — for now.

Discharges are still possible, Col. Andrew Kelly, the Corps commander for Florida, said Thursday in a call-in news conference, but the chances decrease as the rainy season and hurricane season come to a close at the end of November.

"We might not have to discharge any water at all this year," Kelly said. "That all depends on Mother Nature and what kind of weather we have coming up."

Weather in the tropics has calmed recently. The National Hurricane Center was tracking two tropical waves Thursday. Both appeared to be heading toward Mexico's Yucatan Peninsula, but meteorologists said it's too early to know whether Florida will feel any effects.

The guidelines call for discharging up to 1.9 billion gallons a day west to the Caloosahatchee River.