Southeast
Susan Layton is chief of planning for the Norfolk District of the Army Corps of Engineers, which is in charge of the study. TIFFANY DUONG/Keys Weekly 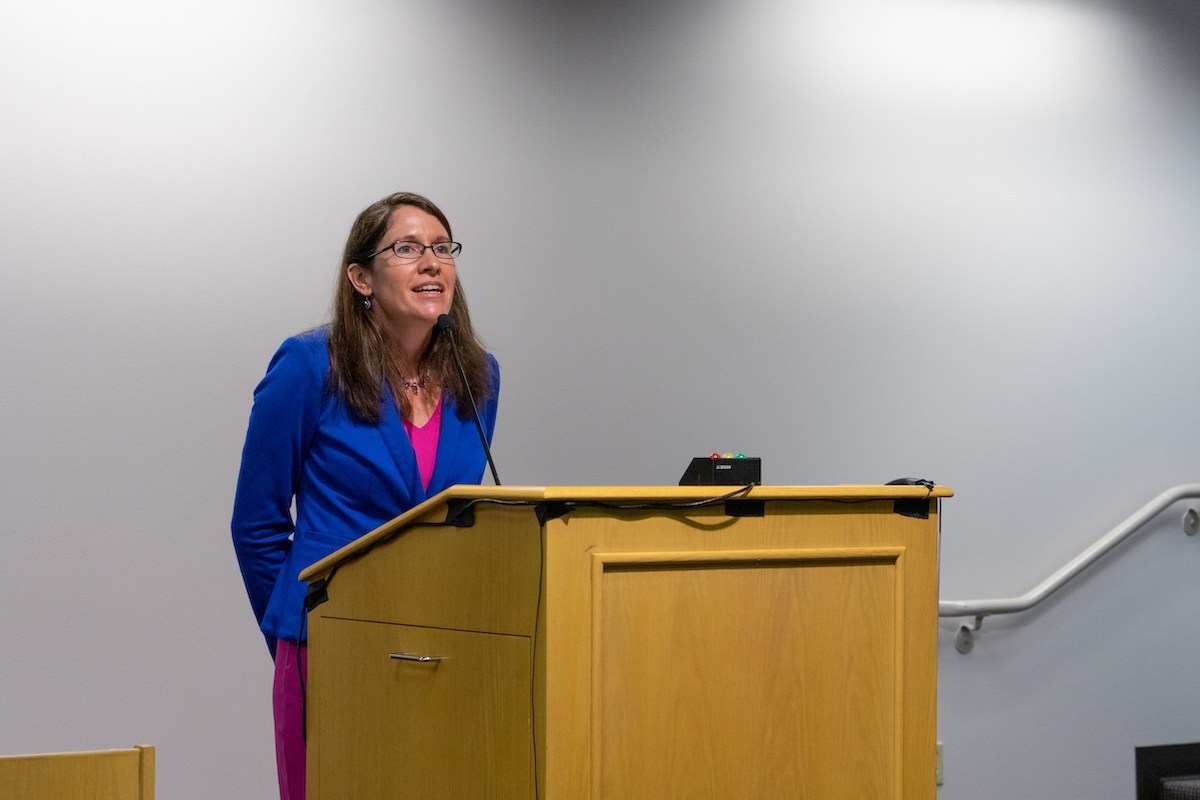 ‘This is not just a study to study’

At the February BOCC meeting, the U.S. Army Corps of Engineers (USACE) presented its initial plan for coastal resilience to the county commissioners.

The study will examine how to make the Keys more resilient, explained Rhonda Haag, the county’s chief resilience officer. It will result in a list of recommended projects.

“The end goal for the Army Corps’ study is a constructible project,” said Haag. “This is not just a study to study, it’s a study for a project that the Corps and a non-federal group can agree on and will look towards Congress for approval.”

Haag prefaced a presentation by Susan Layton of USACE, predicting that a full draft report and environmental impact statement should come out in late May. During the BOCC meeting, Layton highlighted key parts of the “Tentatively Selected Plan of the Florida Keys Coastal Storm Risk Management Study.”

Layton discussed the Corps’ recommendations for proposed coastal measures to reduce risk from future storms, including floodproofing critical infrastructure (firehouses, hospitals, etc.) and commercial properties, shoreline stabilization at six areas of concern along U.S. 1 (mile markers 79.5, 70, 70.9, 67, 37 and 34.5), and acquisition or elevation of vulnerable homes. Layton also explained why the Corps chose not to include measures like seawalls, breakwalls, beach dunes and other storm surge barriers because of the Keys’ low elevation and the high cost of implementation.

The study also considered the impacts of sea-level rise and flooding, including a 50-year project horizon. Layton showed how water levels were trending toward the “high” curve and explained that the Corps used that curve to formulate its plan.