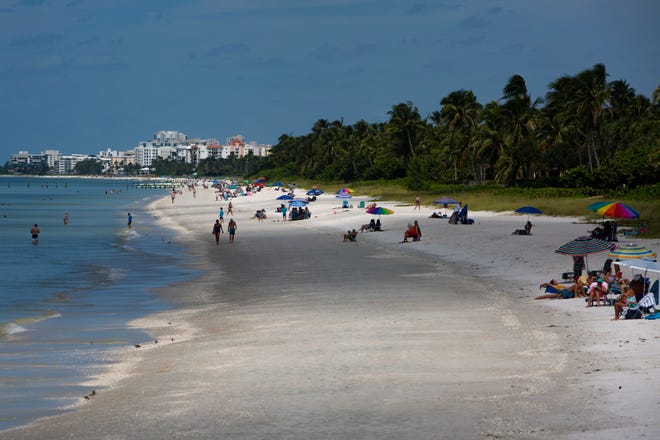 A federal plan to shore up some of Collier County’s coastline against large tropical storms was met with opposition Tuesday during a public meeting.

The Board of Collier Commissioners unanimously agreed to sign two non-binding letters of support for the U.S. Army Corps of Engineer’s proposed $2.1 billion plan to provide coastal resiliency for parts of the county, though commissioners showed reluctance for the plan as it’s written.

Summing up the board’s concerns, Commissioner Andy Solis said signing the non-binding letters today would not prevent the county from opting out later.

“None of this is going to be set in stone,” Solis said. “It’s not a perfect plan but it’s $2 billion worth of funding, and we can’t throw the baby out with bathwater.”

Dan Hughes, chief of the Corps’ Planning Resource Section, gave an update of the Collier County Coastal Storm Risk Management Feasibility Study, saying the letters are required before the plan is transmitted to Congress for funding.