Southeast
A contractor for the U.S. Army Corps of Engineers (USACE), Marinex Construction of Charleston, S.C., is restocking a 5.5-mi. stretch of beach in northern Holmes Beach to the southern end of Coquina Beach at Longboat Pass. via Construction Equipment Guide 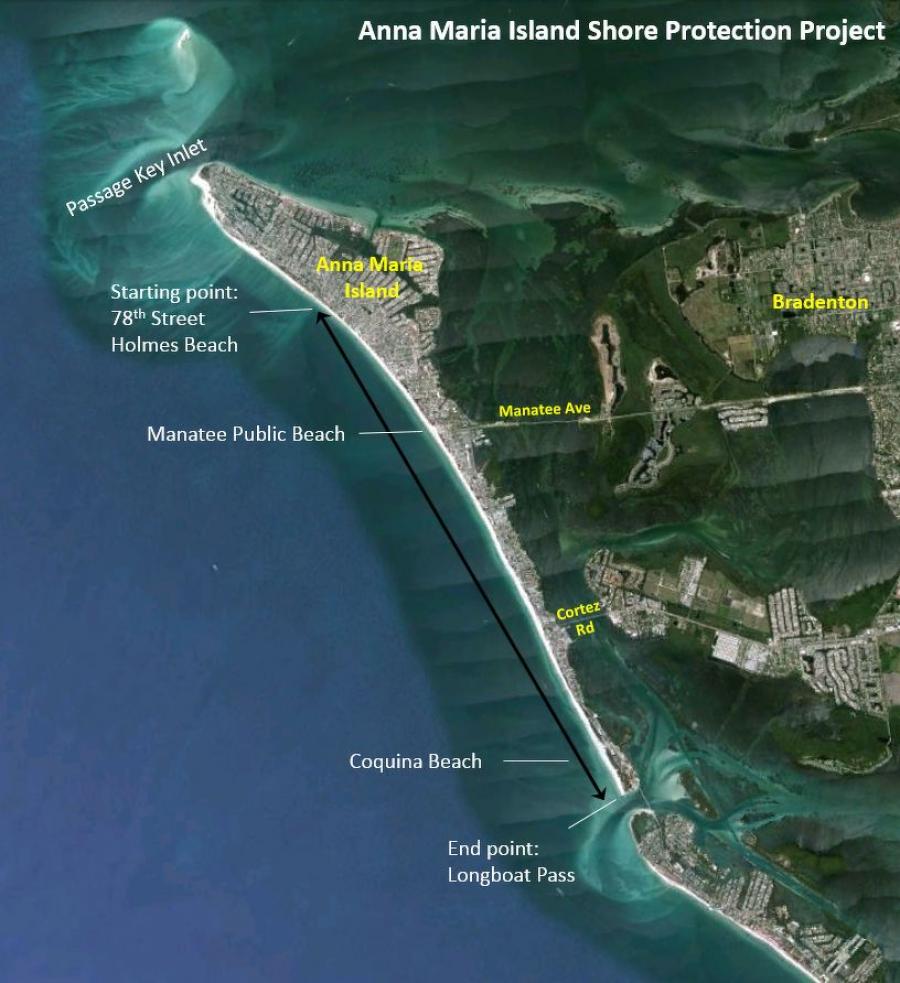 The first of two phases of beach renourishment, approved by the Manatee County (FL) board of commissioners in October 2019, got under way July 2 to restore sand lost through erosion.

A contractor for the U.S. Army Corps of Engineers (USACE) is restocking a 5.5-mi. stretch of beach in northern Holmes Beach to the southern end of Coquina Beach at Longboat Pass.

Marinex Construction of Charleston, S.C. has the contract for the enterprise.

The beaches are on Anna Maria Island, a barrier island west of Bradenton and bordered on the west by the Gulf of Mexico, with Tampa Bay to the northeast.

Crews began mobilizing equipment in June, so that construction could start at 78th Street North in Holmes Beach and continue south to Coquina Beach. The project schedule calls for restocking about 300 ft. of beach per day. Baring weather delays, the project should be complete by the end of October.

The awarded project cost is $17.3 million, with a federal cost share of $8 million. The state of Florida is contributing $4.6 million and Manatee County kicked in $4.6 million in tourism tax revenues to round out the cost.