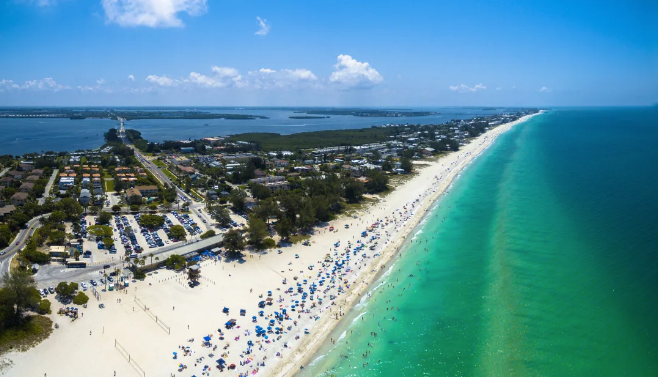 Island beaches, from Holmes to Coquina, will be restocked with fresh, white sand.

Marinex Construction, a contractor for the U.S. Army Corps of Engineers (USACE), will begin an extensive beach renourishment project to restock a 5.5-mile stretch of beach on Anna Maria Island from northern Holmes Beach to the southern end of Coquina Beach at Longboat Pass. Crews began mobilizing equipment this week for the project, which is scheduled to begin during the first week of July. Construction will start at 78th Street North in Holmes Beach and continue south to Coquina Beach. The project schedule calls for restocking about 300 feet of beach per day. Barring weather delays, it should be complete by the end of October 2020. The sand will be delivered by barge from an offshore borrow area about 2,000 feet offshore of the north end of Anna Maria Island, near Passage Key.

Portions of the beach will be closed during active construction, preventing the public from accessing that area of the shore. The awarded project cost is $17.3 million; the federal cost share is $8 million. The state of Florida is contributing $4.6 million and the local government contribution is $4.6 million. Progress will be updated throughout construction and a list of frequently asked questions are available here.