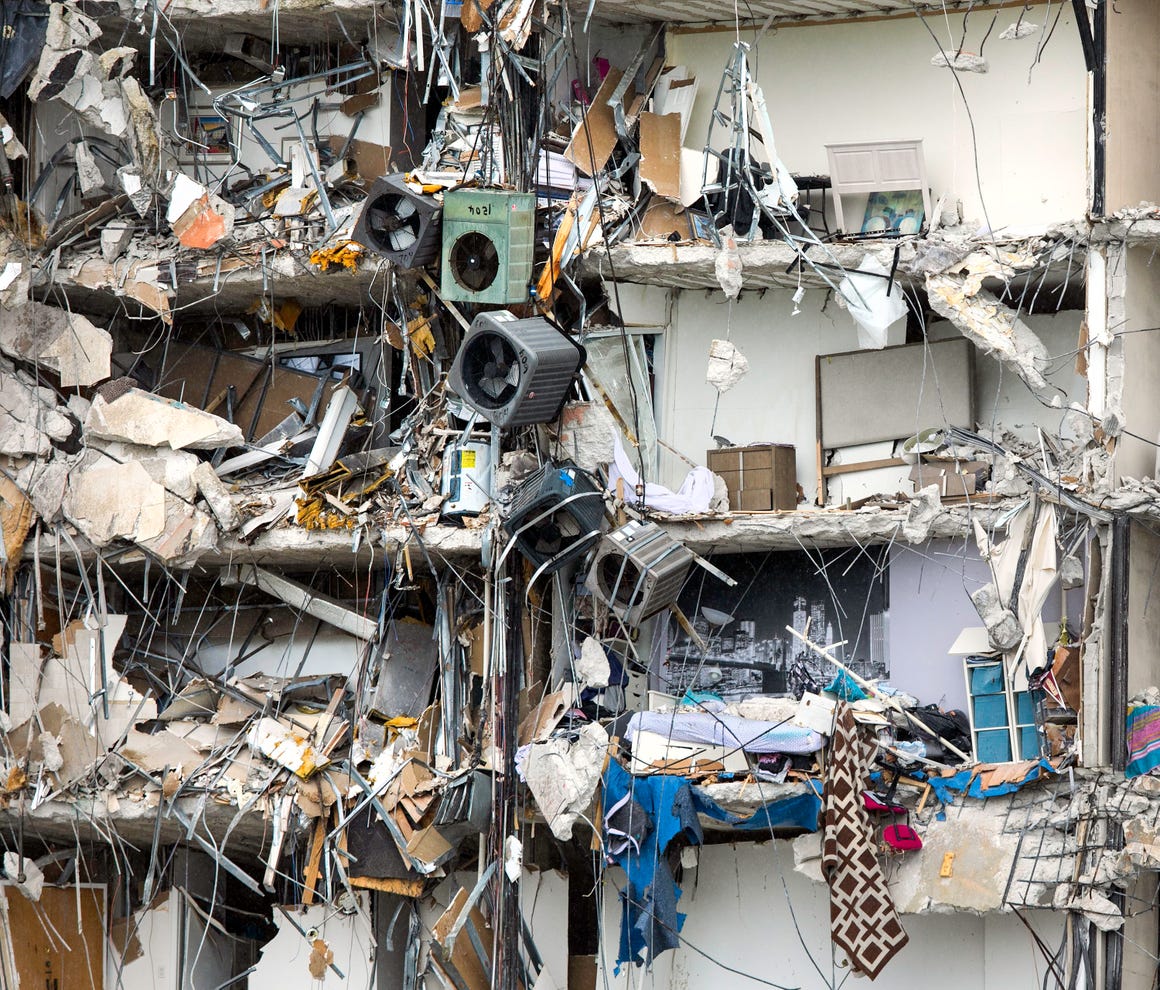 Subterranean assaults by rising seas on the ill-fated Champlain Towers South more than doubled over a 26-year period, according to a Florida International University study that measured how often water levels rose higher than the building’s basement floor.

The often invisible incursions may or may not have played a role in the horrifying collapse of the Surfside condominium June 24, said FIU geologist and research professor Randall Parkinson, who conducted the study published last month in the journal Ocean and Coastal Management.

But he said quantifying below-ground saltwater sorties on coastal structures has been largely overlooked when climate change and sea level rise-related risks are calculated.

The condominium collapsed early in the morning of June 24, killing 98 people. The structure was demolished 10 days later.

Parkinson used water-level data collected from a National Oceanic and Atmospheric Administration gauge on Virginia Key, about 10 miles south of Surfside. It showed an accelerated rise of sea levels since 1981 that caused the number of hourly water level elevations above the condominium’s basement floor to reach an average of 244 per year between 1994 and 2006.