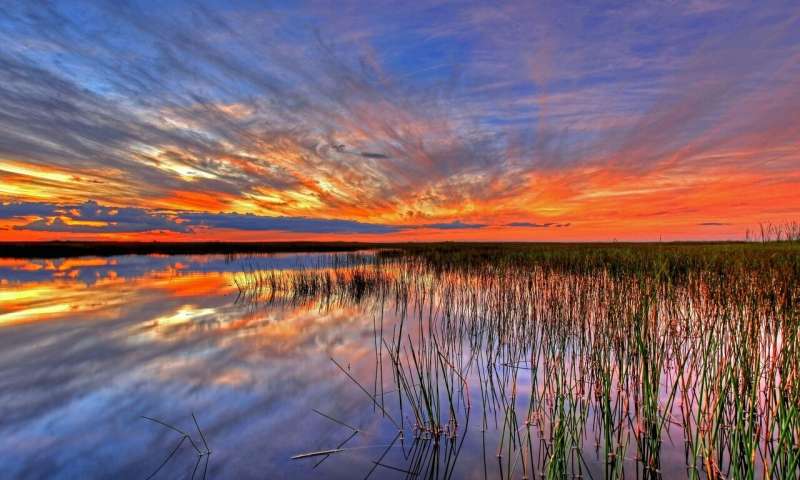 FL - A Flooded Everglades: Boon for Birds but High Waters Threaten Some Species

A record-breaking rainy season has left the River of Grass looking like a real river.

Shark Valley, a popular Everglades National Park tourist stop off Tamiami Trail, is temporarily closed and mostly underwater. The looping road leading to its signature observation tower looks like a canal in an aerial image taken by a staffer. Farther south, on the road to Flamingo on the southern mainland coast of Florida Bay, marshes normally draining down in South Florida's dry season shimmer like lakes in the sun. At least one water gauge in the park reached its highest level since 1962.

Water is the lifeblood of the sprawling Everglades ecosystem, but its wetlands, prairies, forests and hammocks thrive on a seasonal cycle of rainy springs and summers and dryer falls and winters. Extremes either way can create major ripple effects, good for some species but damaging for others. And 2020 has definitely been extreme, topped by late season Tropical Storm Eta dumping up to 16 inches of rain in some spots in South Florida.

State wildlife managers and the Miccosukee Tribe, who live in the Everglades, worry the most about tree islands—scattered areas of higher ground that dot the Everglades and provide habitat for many land species—shrinking and decaying if they stay submerged for too long. State surveys have spotted deer and other mammals already crowding onto canal banks and flood control levees that provide little shelter or forage.