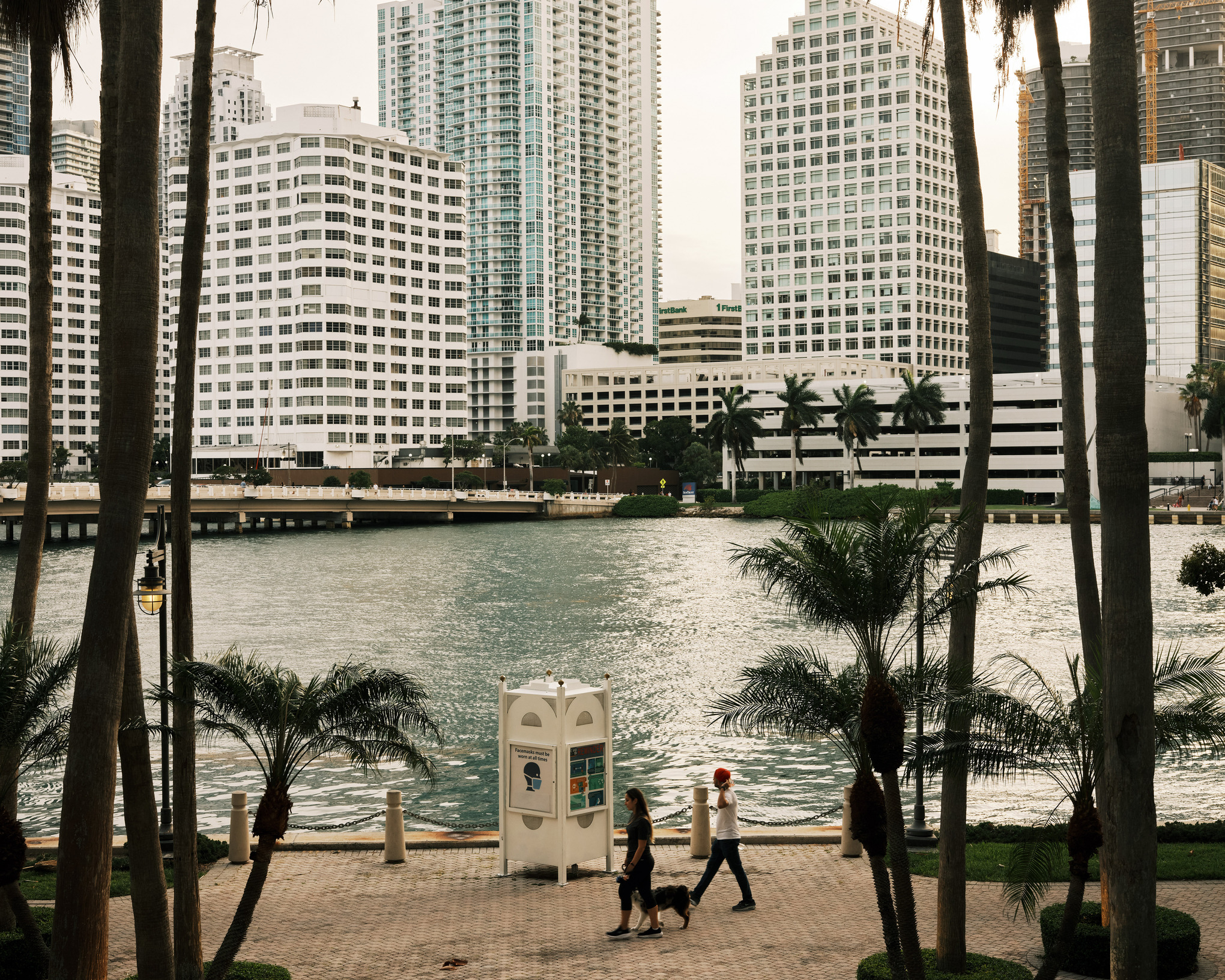 A proposal to construct barriers for storm surge protection has forced South Floridians to reckon with the many environmental challenges they face.

MIAMI — Three years ago, not long after Hurricane Irma left parts of Miami underwater, the federal government embarked on a study to find a way to protect the vulnerable South Florida coast from deadly and destructive storm surge.

Already, no one likes the answer.

Build a wall, the U.S. Army Corps of Engineers proposed in its first draft of the study, now under review. Six miles of it, in fact, mostly inland, running parallel to the coast through neighborhoods — except for a 1-mile stretch right on Biscayne Bay, past the gleaming sky-rises of Brickell, the city’s financial district.

The dramatic, $6 billion proposal remains tentative and at least five years off. But the startling suggestion of a massive seawall up to 20 feet high cutting across beautiful Biscayne Bay was enough to jolt some Miamians to attention. The hard choices that will be necessary to deal with the city’s many environmental challenges are here, and few people want to face them.

“You need to have a conversation about, culturally, what are our priorities?” said Benjamin Kirtman, a professor of atmospheric sciences at the University of Miami. “Where do we want to invest? Where does it make sense?

“Those are what I refer to as generational questions,” he added. “And there is a tremendous amount of reluctance to enter into that discussion.”

In Miami, the U.S. metropolitan area that is perhaps most exposed to sea-level rise, the problem is not climate change denialism. Not when hurricane season, which begins this week, returns each year with more intense and frequent storms. Not when finding flood insurance has become increasingly difficult and unaffordable. Not when the nights stay so hot that leaving the house with a sweater to fend off the evening chill has become a thing of the past.