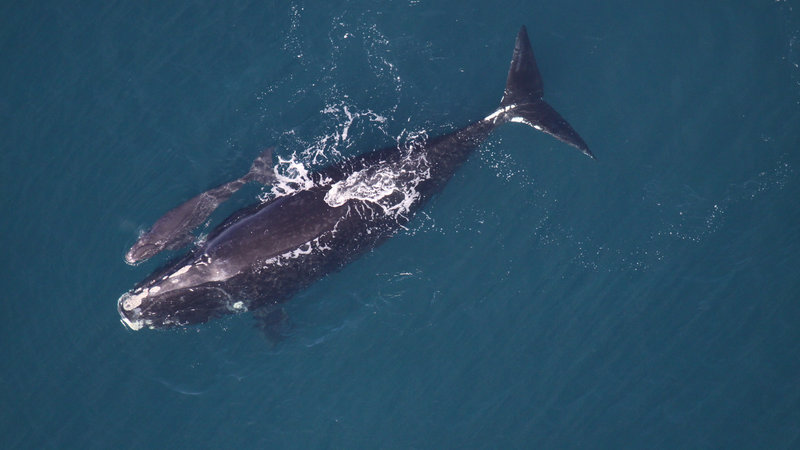 The calves are the fifth and sixth reported during the current birthing season for the critically endangered species which has an estimated population of around 400.

The 19-year-old Harmony was spotted with a calf 11 miles off Jacksonville. It was her fourth calf with the last being born in 2016.

Halo, a 15-year-old, and her calf were sighted off Crescent Beach, Florida. This is Halo’s second calf. The first was born in 2014.