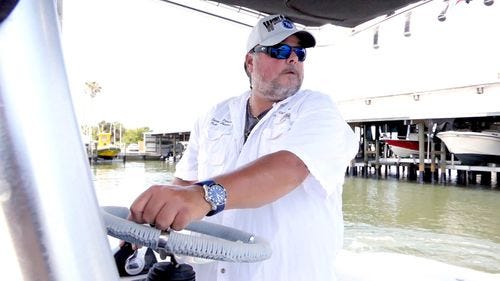 It's not just tourists who invade Florida in the summer.

It's not just tourists who invade Florida in the summer.

The colorfully named, obnoxious -- and sometimes deadly -- microorganisms known as red tide and blue green algae also take advantage of the change in temperature to proliferate. And it causes major problems.

Both types of algae bloom are starting to make their presence known along some of southwestern Florida's most beautiful shorelines. Whether they're moving in for the summer or just teasing remains to be seen.

Many of those who make their living on the water are fairly sanguine about it.

"I believe red tide is going to be here with us every summer," said Rafael Rios, who has owned a charter fishing boat out of St. Petersburg for 15 years but said he has been fishing the waters of Tampa Bay for 40 years. "There's years we don't see any. There's years we see a lot more."

Red tide and blue algae come from different microorganisms. Red tide is caused by the Karenia brevis species while a report issued to Manatee County commissioners recently identified the cyanobacteria Lyngbya as the cause for the local blue green algae outbreak.

Blue green algae have been blooming the past few weeks in the waters around Tampa Bay, including Sarasota Bay, the Intracoastal Waterway and Terra Ceia Island, which is located in Manatee County, due south of Tampa.